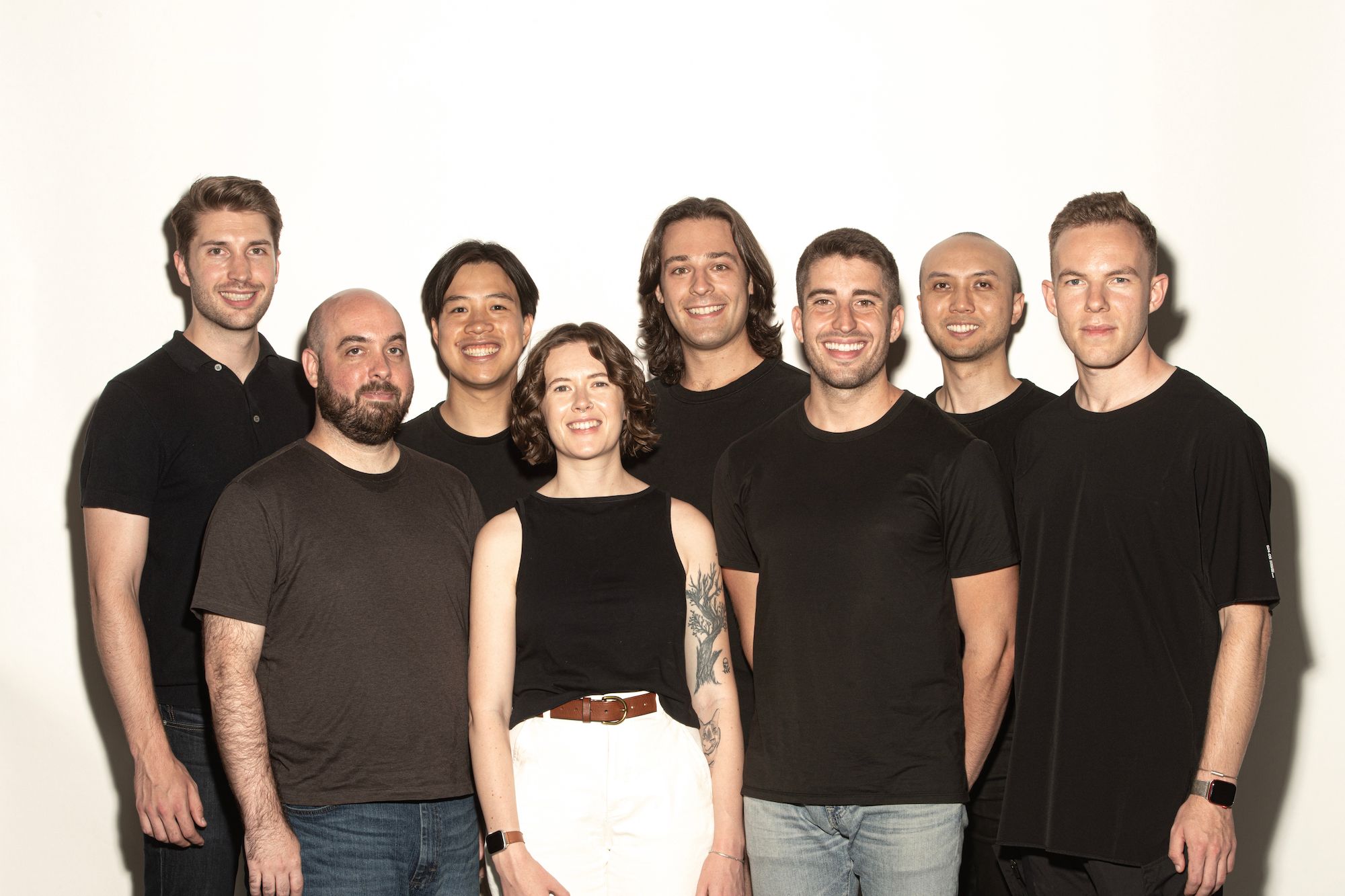 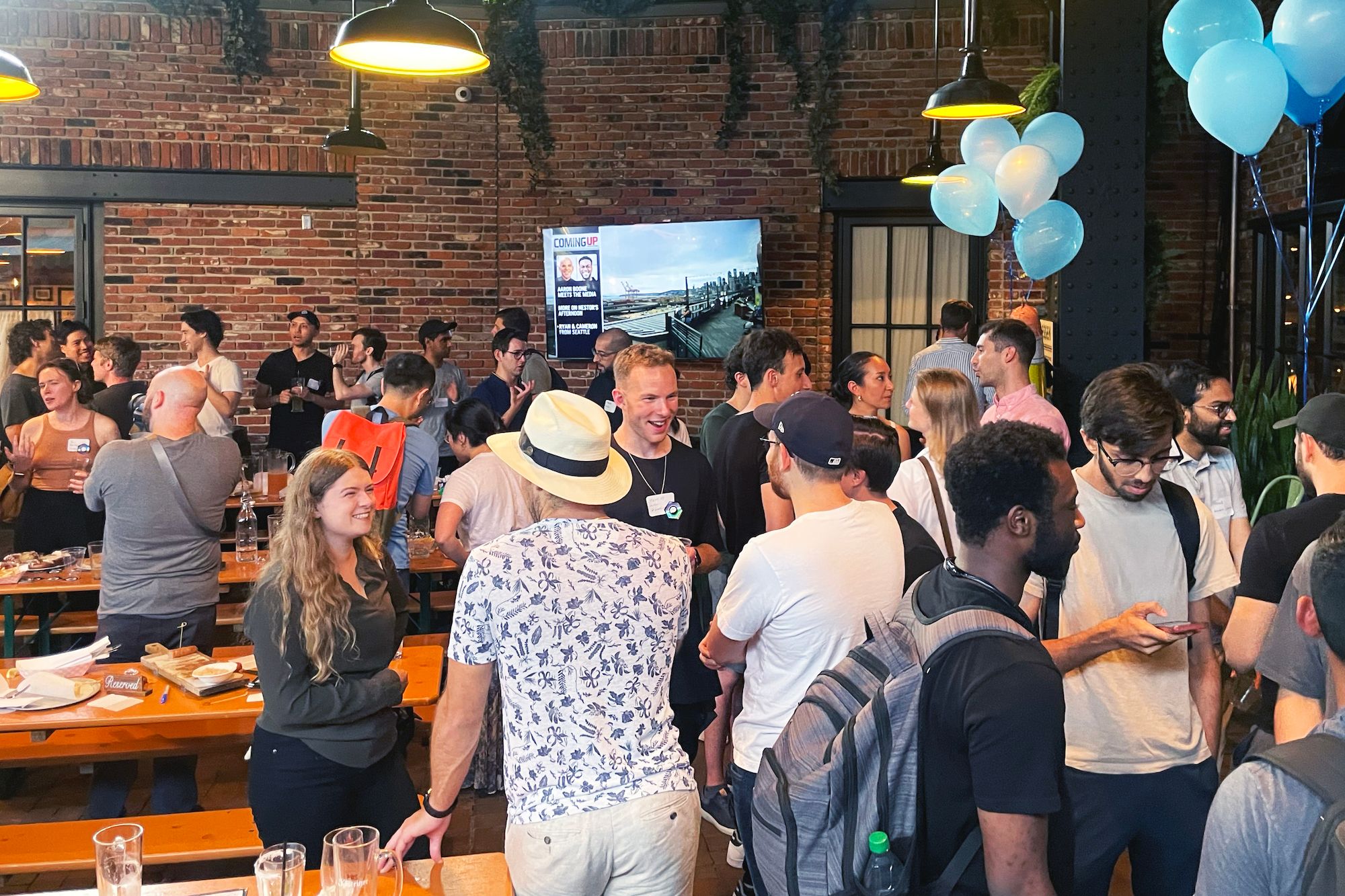 Graphite is an open-source CLI and a code review dashboard built for engineers who want to write and review smaller pull requests, stay unblocked, and ship faster.

How engineering works at Graphite

We are small enough to operate as a single team right now. Despite there being just nine of us, we’re growing quickly, and soon we’ll have to break out into multiple teams.

Everyone works in person, full-time at our office in New York. We’re a tight-knit team who value the ability to huddle over the same desk to check out a new product or gather around the same whiteboard to tackle a tricky engineering problem. And when it’s time to take a break, we enjoy lunches in the neighborhood and one-on-one meetings at local coffee shops, all fully paid for by our company.

Each quarter, we plan a product roadmap based on user feedback, team ideas, and business needs. Everyone at Graphite has a say, and engineers can take individual ownership of goals that fall outside of the roadmap and refine their own timelines. Our designer and PM work to bring cohesion and support to those engineers.

Yes! Bring what you want! Some folks like VSCode, others like heavily customized Vim. Our only ask is that you use Graphite for code review :)

The team meets weekly for a brief “sprint planning” meeting where each of us calls out the features they’ll be working on that week, as well as bugs that need to be prioritized. Collaborative input helps us decide how we spend our time.

Datadog monitoring quickly alerts us to critical bugs while our bustling Slack community steers our attention toward smaller bugs and feature requests. We’re used to people telling us within five minutes of a deployment if they feel like something’s wrong or could be better. We also have a list where people can add requests and upvote existing items built into the product. On top of this, we dogfood Graphite to build Graphite itself.

Across these various inputs, we have a good sense of what bugs need to be worked on. If it’s critical, the team member who has the most knowledge on the issue will take the lead and get a fix out. If it’s not critical, we’ll fit it into weekly sprint planning.

We’re usually aware of common feature requests, thanks to our active and empowered user base. In the rare case that it’s a feature request we’ve never heard of, we get a conversation going with the users that raised it. At Graphite, we believe it’s important to talk to people, understand the fundamental need that they’re bringing to life, and then prioritize it as a project in context with other work.

We spend about 15 percent of our time continuously tidying as we build to address tech debt. We aim to continuously leave the codebase slightly nicer than we found it rather than letting complexity grow and snowball to a breaking point.

When engineers create a task, they log it in Linear. At Graphite, you set your tasks and are responsible for the timelines you set.

When submitting pull requests, engineers use Graphite to create stacks of small changes. Reviews move fast, and by the time someone submits a new PR, their previous change likely already has feedback.

We create a continuous flow of small changes that are very quickly merged. It’s the ethos of our product, but it shows up in how Graphite engineers each and every one of its features.

Instead of manual QA, at Graphite we practice continuous integration (CI) and test-on-prod.

Every code change is subjected to unit and integration tests prior to merging. We have reasonable test coverage and use Coveralls to avoid blindspots. Post-merge, changes trigger a blue-green deployment where we monitor for increases in errors before committing to the rollout.

Most new features are released behind feature flags. This allows for changes to be tested first against employees, then select user groups, and finally everyone. The benefit of building a code review tool is that our own usage creates sizable canary traffic, and we can often spot bugs before they roll out to users.

Some companies deploy to QA environments and make engineers manually inspect their changes while holding up deploy trains. At Graphite, we keep deploy trains unblocked by either poking features before merge or, after merge behind the safety of feature flags.

Lastly, if a bug does make its way to users, Datadog monitoring or user reports in our community Slack alert us to the fact almost immediately. We can either rollback changes instantly with feature flags or within five minutes on the server. We could probably move slower and prioritize extreme stability, but at our current stage we prefer to stay fast and focus on iteration speed.

How does on-call work?

We use PagerDuty to rotate on-call duty across our small engineering team. We have thorough observability and monitoring, but we’re strict on keeping page volume to a minimum. If someone is paged, we’ve made sure it’s critical and actionable. If it’s not, it should simply be a warning. In practice, that results in about one page per week. We also constantly respond to users in our community Slack, but currently, the workload isn’t high enough to require a formal rotation.

We have a standard process for hiring. The whole process can run as fast as seven days or as slow as a month. It’s entirely dependent on what the candidate prefers.

What’s the career progression framework? How are promotions and performance reviews managed?

We’re big believers in lazy-loading in processes. For now, we’re small enough where the expectations of our engineers are comparable and therefore we don’t have promotions and tiers within the engineering team. That being said, we know roles expand over time and we believe compensation should expand to match. Currently, we sit down twice a year to review raises. In the near future, as we reach closer to 15 to 20 employees, we’ll work with the existing team to decide on a formalized system for feedback both to and from employees.

See all jobs at Graphite