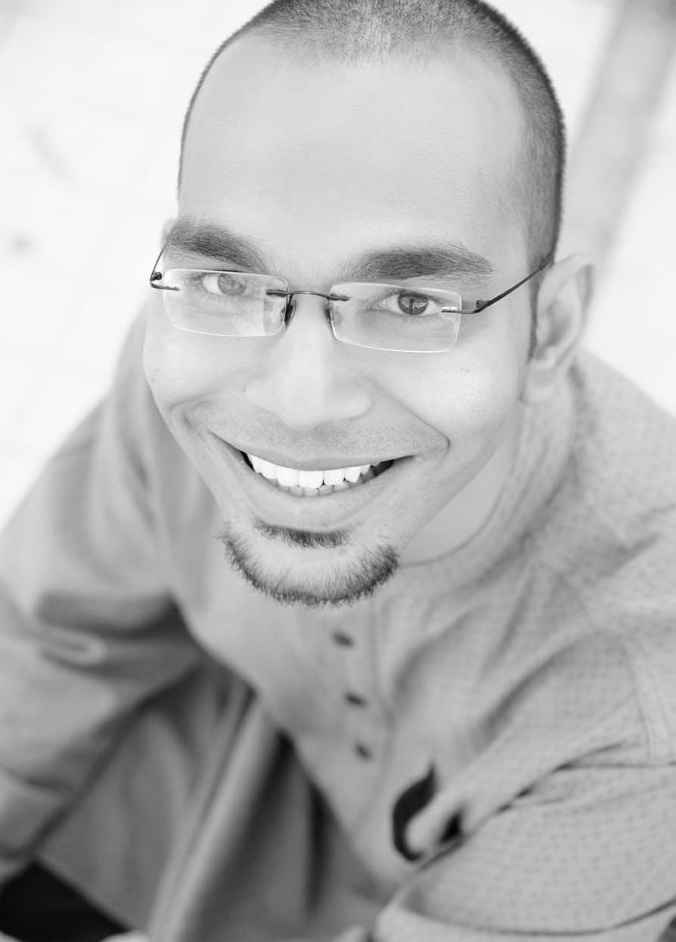 What is Appsmith and why did you build it?

Appsmith is one of the quickest ways to build internal apps that are hosted inside your own infrastructure and firewall. It talks to your own custom databases or APIs and makes it easy to build admin panels, CRUD apps and workflows.

I have a decade’s experience working across multiple startups, and one of the things that we did a lot, especially in the initial days, was build a lot of CRUD apps. Our support team needed access to account settings, the growth team needed a dashboard, and all sorts of other internal requirements. So we stopped doing our previous product and figured we should just focus on building a really quick and easy way to build these tools.

Traditionally I come from a very back-end engineering world. I’ve coded in Java, Node.js, Golang all my life…But mucking around with HTML or CSS is above my pay grade! Styling and positioning something visual using a text medium is beyond me. So the other driver behind Appsmith was for engineers like me, who are not very good with HTML or CSS, to be able to build admin panels and dashboards very quickly and easily.

Why did you decide to make Appsmith open source?

We decided to focus on developers - people like me. One of the things that makes any product attractive to developers is one that puts developers first. The overwhelming answer was open source. It gives developers the trust to try out the product without having to talk to a salesperson; you can download it on your local machine.

You don’t even have to send data to the cloud. With the idea to be developer first, open source was one of the steps in that direction. When it comes to internal apps, a lot of teams have some exotic requirements that an app should behave in a specific way. Open source was one of the best ways to get people to be able to customize Appsmith to suit their use case. The product evolves to your use case versus the other way around where you are adapting yourself to how a SaaS product is built.

When you say “developer first”, what does that mean to you?

For us, “developer first” means that we will always focus on developers being the primary users of the product. We start from the question, what will this look like for the developer? Every feature begins with the question: ‘What would a developer need in order to understand this better?’

Developers love good documentation, so we try to invest a lot there. They love good logging systems so we try to log a lot of stuff. Everything we do starts from: ‘What would a developer like?’, and it flows from there.

Until about a few months ago, I would spend a lot of time actively coding but now we’ve expanded the team a little bit. I typically spend the first half of my day reviewing code primarily and trying to set the direction and best practices for the rest of the engineering team.

The rest of my day is spent in talking to various engineers across the team, primarily to understand what their career motivations are. Not just what they want to learn from Appsmith, but also what they want in life, and what can we do within the team to help them move in that direction. We’re people first, so I spend much of my day talking to people.

What is the team structure around Appsmith?

We are an engineering focused product, so we are very heavily engineering based. About 80% of the team is engineering, with about 20% divided amongst a few technical writers, marketing folks, developer evangelists, and designers.

As a kid I always loved tinkering with stuff. Building things and taking stuff apart, so that I could put it back together.

I first encountered coding through one of my cousins. He had built a custom font on BASIC. It was a beautiful font for a six year old kid! That’s when I started picking up BASIC. I began programming properly when I was in college which is where I got my first taste of professional programming. I started with BASIC, then C, C++, then Fortran for a while, Java, then PHP, Node.js, Ruby, Golang.

At college I was working on training and teaching humanoid robots to walk and dance. That was my first step up in life where I was no longer doing stuff for assignments or just for fun, I was doing this for a very legitimate end goal. I haven’t looked back since then.

What’s the tech stack for Appsmith?

Our back-end is Java plus MongoDB and our front-end is React. We chose Java on the backend, because we wanted something that was compile time and I’m a huge proponent of compile time languages.

What’s the most interesting development challenge that you faced building Appsmith?

We look at Appsmith as an abstraction over JavaScript or React, which means we face similar challenges that any other programming language would with respect to parsing and executing the abstract syntax tree, the AST.

What’s the most interesting tool or tech you’re currently playing around with?

I’ve been using VS Code for about three years now. It’s my primary IDE, but in the last quarter or so is when I actually started to dig deeper and try to understand the nuances of the software.

It’s been a fantastic learning journey to see how the VS Code team has taken the idea of an IDE, which is universally believed to be heavy and slow (if you compare it to Eclipse or NetBeans or IntelliJ), and how they’ve just changed that perception. VS Code is performant, it’s super quick, it works really well, it allows other developers to write plug-ins and extensions.

I’ve been trying to understand the VS Code ecosystem better because I think a lot of stuff that we do at Appsmith can be inspired from the way VS Code - the product and the team - looks at the world.

This is a place where I think I differ a little bit with most engineers. I have a 15 inch MacBook Pro and that’s it. I don’t use an external keyboard, monitor or have a mouse. I dislike extraneous devices and having a single screen helps me focus. I don’t even have a split screen.

Chat: Slack and Notion. We have a very active community on Discord, so I’ve been spending a lot of time on Discord recently too.

IDE: VS Code and IntelliJ.

Minimalist again. I have a wooden desk and an office chair and that’s it.

The one thing I like about my work setup is not so much the desk and the chair, but the window in front of which I sit because it overlooks green fields with cows walking through it for the entire day. It’s very peaceful to look at during the day.

We are a distributed team, so it’s all work from home. We don’t have a regular office setup. My co-founder has a much more interesting setup, where he’s hand-built his own standing desk. It’s a very fun table to work with and he has a Herman Miller chair. He likes to hand-build his stuff! For me, it’s just a regular desk, and an old office chair. 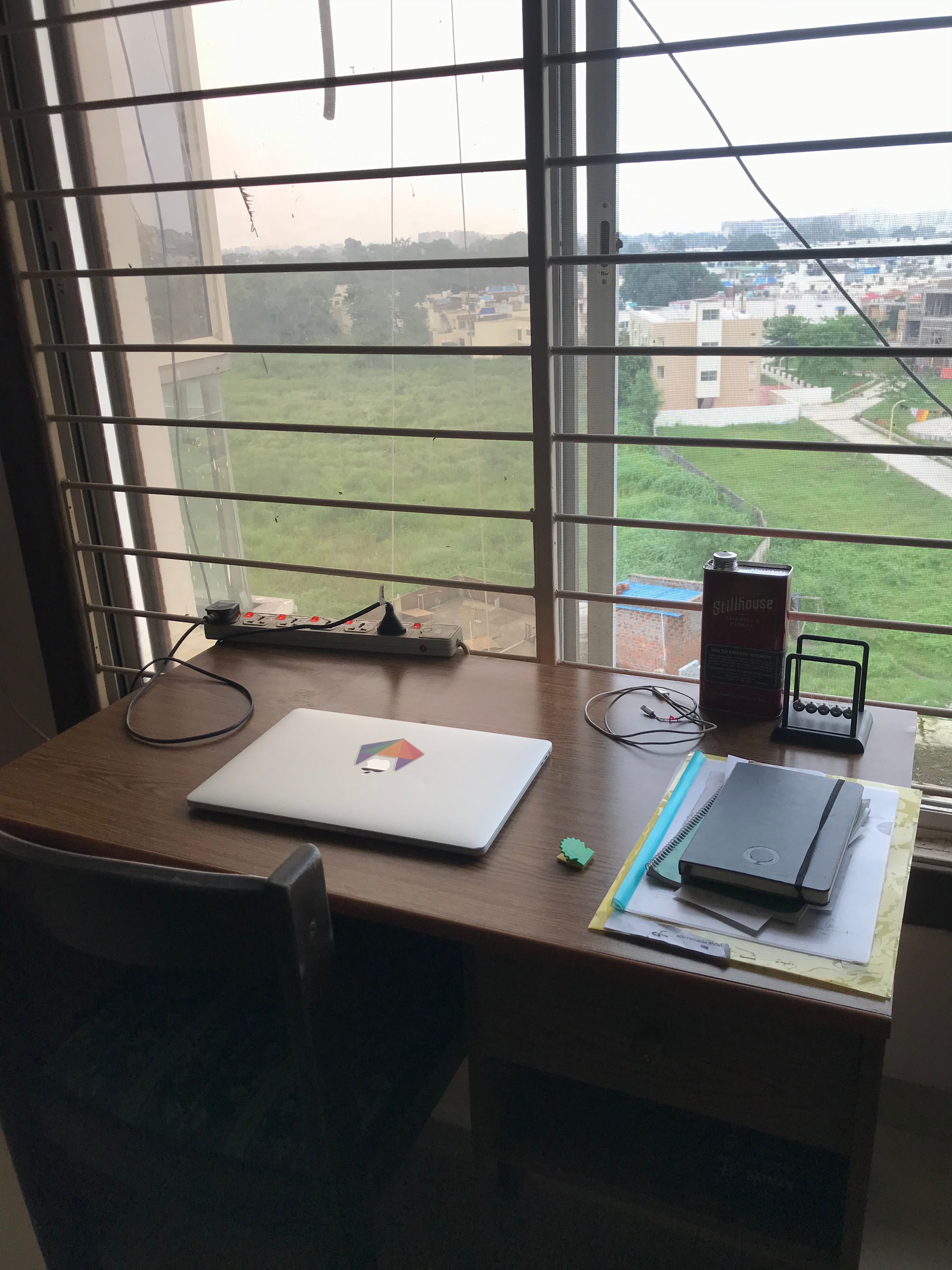 Daytime or nighttime? Early daytime - 7:00am in the morning.

I love playing the flute, and spend a considerable amount of time playing it. The flute is super soothing, it’s a very peaceful instrument. Apart from that, I’m trying to get more physically active, so I try to go for at least two or three runs a week to keep me moving. This is how I spend most of my evenings. Either, I’m playing the flute or I’m going out on a run.

Appsmith is an open source internal tool builder. It was featured as an “Interesting Tool” in the Console newsletter on 12 Aug 2021. This interview was conducted on 30 Jul 2021.