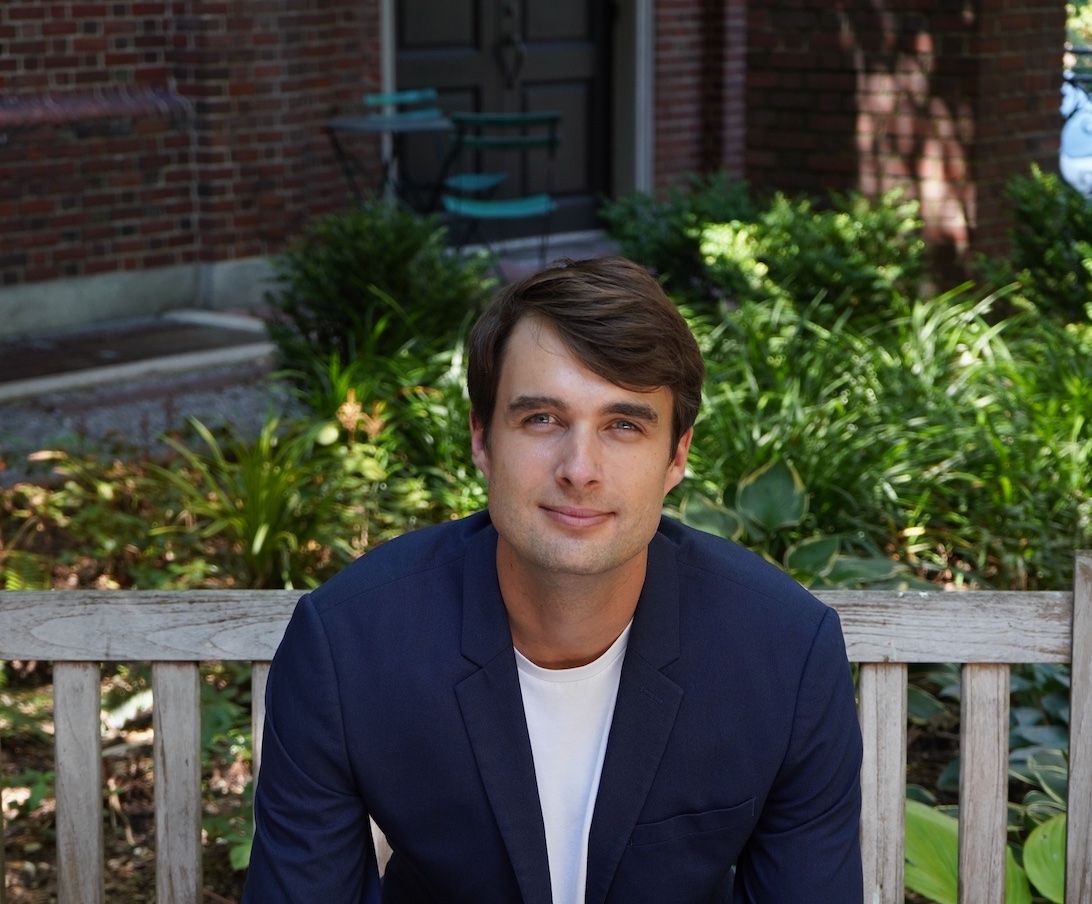 What is Firehydrant and why did you build it?

FireHydrant is a reliability platform. We build tools for teams to help them improve their system reliability, whether it be incident management, publishing retrospectives, status page communication, service ownership, and so on…we run the gamut.

Before FireHydrant I was a site reliability engineer, and I felt what was missing from my toolchain was something to help me with incident management, as well as service ownership and deployment tracking, things like that. As an SRE, I said, “Screw it, I’ll build it myself. I still joke that, “I accidentally started a company.”

We envision a world where all software is reliable. It’s something we say in every company all hands meeting. Every technologist who hears that goes, “Yeah, right.” But that’s the reason why it’s our vision, we’re never going to run out of things to do! We’re always going to have something to build.

A core value of ours is trust because as a customer, you are relying on us to be available at challenging times. You trust your data with us. We work to gain that trust.

We also consider ‘continuously improving’ and ‘acting with integrity,’ to be important company values - making sure that we’re always getting better at everything we do, and bringing wholeness to our team and mission.

How do SREs solve this problem right now?

A lot of the time it tends to be manual, and the goal of FireHydrant is to automate the processes behind handling an incident so you can focus on mitigating it. For example, we help people with the declaration of an incident. You can say, “Create a Slack channel. Create a Zoom bridge. Create a bunch of things.” Before FireHydrant people tend to experience ad hoc freakouts.

There are a few open source tools. Monzo built one called ‘Incident Bot’ that people are using. Some people would create very simplistic bots using the Hubot framework or something like that. Ultimately, they became very dusty and not well maintained so people would replace it a lot of the time.

There are also commercial tools, like PagerDuty, but really, it was just scratching the surface. We take it a lot further.

I went from a full-time programmer and full-time SRE at Namely HR, and before then at DigitalOcean, to building a team at FireHydrant. Hiring a bunch of people, sales, engineering and marketing. My focus now is building the company.

The biggest thing I’m trying to do right now is help developers that may not have economic buying power. They don’t have a company card, they don’t have the authority, but they still want to try our product. They have that constraint, but they still want to try FireHydrant, so the aim is to allow people to create free tier accounts and get a better sense of control over incidents and reliability.

Are you still getting time to code?

Oh, yeah. I just dropped off of a debugging session, which was really fun. They’re like, “What is this code you wrote three years ago?” I’m like, “Ah, sorry.”

We’re a pretty large team now. It started with just me building on the side and then I had two co-founders join that are old friends of mine. The moment that the seed investment hit the bank account, we started hiring more engineers, sales, marketing, and recently, a VP of People. Now, we’re a full blown company.

We’re up to 75 people with a number of clients, millions in revenues. The team has expanded and many of the things I used to do have been delegated.

I was 12 years old and I Googled, “How to make a website?” I’ve had no formal training ever since. I didn’t go to college after high school. I made websites. That’s how I made my money as a kid. All my friends were mowing lawns, waiting tables. I was nerding out in my bedroom, building websites for small companies.

What I didn’t realize at the time was that I was also building a portfolio for myself. When I graduated high school, I got a job three months later at a web development firm in San Diego. That was a very fortunate thing that started my career

I mostly have always focused on web-based technology. In 2003, I started learning about HTML, then I thought “Well, how do I make this look better? Okay. CSS.” I learned JavaScript. From there, I moved to PHP for way too long, and then to Ruby and Go. I’ve also made some iPhone apps that have had a lot of downloads. I’ve run around quite a bit language-wise.

What’s the tech stack for FireHydrant?

We are a Ruby on Rails shop, but we do have some Go microservices here and there. We are strictly on Kubernetes on Google Cloud. We use Postgres for our database. We use Google Cloud Pub/Sub for all of our message queues which handles all the inbound events in a reliable way.

On Google Cloud, we’re using Google Cloud load balancers, which goes into our NGINX routing layer. This then goes down to our Ruby on Rails application, which is hooked up to the database. It’s actually a fairly simple application right now, but the important thing is reliability.

How do you ensure the reliability of the platform?

Right now, we have a big push for multi-region. We use Fastly for a CDN and we’ve been working on adding another provider.

We also are looking at how we can do data evacuation from one region to the other using Google Cloud SQL. They recently updated features for that. The way we view it is that something is going to break, so it’s about how fast you respond to it. Enabling our team to respond quickly to incidents is a big focus of ours.

We use our own tool for that. We use FireHydrant to declare incidents, get the right people on the right call, and also just making sure that people have the right access while also maintaining good security around it for SOC II Compliance. I want to ensure that folks don’t come up against a blockade because only I have the keys to it, or I was the one that created that service years ago. Trying to make sure that people have the appropriate access to do their work autonomously.

What has been the most interesting development challenge building FireHydrant?

The challenge with building an integration platform is you’re trying to map abstract concepts into FireHydrant, maybe an incident or a ticket or a document of some sort, to multiple applications or multiple third parties.

Now you have an even bigger challenge like, “Right now, I need to figure out which version of Jira I’m working with to then transform it again.” The way that we’ve done that is that every integration of FireHydrant relies on the idea that we always store it in FireHydrant first. We never exclusively store the information in the integration itself and then try to retrieve it every once in while, because it can move, and it can change.

We always start in FireHydrant, then sync. To do this we’ve built a concept called capabilities, and an integration can define what capabilities it supports. You can label it and say, “This code path supports ticket syncing,” then FireHydrant knows, “Okay. Well, I have this interface. I’m just going to give it a FireHydrant ticket.” Whoever’s built the client just needs to handle ETL over to Jira.

We’ve built a system that can add clients pretty rapidly. We can add anyone as a ticketing provider. Thanks to this concept of a capability client, we were able to build a Shortcut integration in two weeks and get it out to production.

These capability clients are really the right way to do it, but you do encounter the challenge that sometimes data just doesn’t map perfectly. You have to create field mapping and that’s the new challenge. How do we map required custom fields in Jira to fields that don’t exist in FireHydrant. That’s an interesting challenge for us.

Defining this as a structured system for integrations has helped as we scale the team, which has been another challenge recently. We doubled the engineering team in only a few months. The challenge is that you actually lose velocity because your team is interviewing people. As people come on, they’re helping onboard those people. You lose a lot of output and productivity from your engineering team because of that. That’s also been a challenge, but it’s a good one. We hired so many great people. I’ll take that trade any day.

What interesting tech are you playing around with at the moment?

We’re in a very API-focused shop. We build everything API-first and then the frontend on top of that. Our customers get the same API that we do, which means that they get the same guarantees that we give ourselves. We’re not going to break our own frontend by changing our API. One of the advantages that comes with that is we’ve built components in our frontend design system.

We’re using React and Chakra for the design system. This brings a lot of advantages around having a consistent API that we can easily build new UI components for.

A good example is our recent release of a status page subscriber list feature. A frontend developer was able to make a page in two hours from start to production deployment.

It’s not exactly a new technology, but the melding of strict API conventions with a strong design framework in front really helps. I haven’t seen a company in my career do this well, so it’s exciting to finally see it kind of happen. I think that it’s just harder to do it when you’re older as a company. It’s not that these companies can’t do it. It’s just, it’s way harder to get to that point if you don’t do it early.

We’re about to hit three years. A lot of companies start thinking about design systems and API conventions right around that mark, because you’re just fighting to survive as a startup. We said we’re going to risk it all and make sure we do these conventions early. That’s a lot of compounding interest for the company over the last three years.

I have a MacBook Pro 16-inch that just got upgraded. I’ll have the new one on release day - the M1 Max with 16-inch screen and 32GB onboard memory. I’m excited for that to arrive and things to become a lot faster. Zoom, Slack and Notion all use a lot of CPU cycles!

I have a really nice LG screen. It’s the one that Apple recommends. It has an integrated camera that works beautifully with the MacBook Pros. The brightness keys work on this screen really nicely.

I also have the space black keyboards from the 10-key that Apple provides, and the one with the touch ID that only works with M1. I’ll be using that soon and also the Apple Magic Trackpad too.

Lastly, I have a Rain stand to hold your laptop at the perfect angle.

I have an Uplift Desk that’s on back order. They keep pushing out the delivery. I ordered it four months ago and now it’s going to get delivered in February next year!

I’ve recently taken up skiing. I’ve also gotten into bike riding. Otherwise, I do a lot of tech related things.

FireHydrant is an incident response automation platform. It was featured as an “interesting tool” in the Console newsletter on 28 Oct 2021. This interview was conducted on 21 Oct 2021.