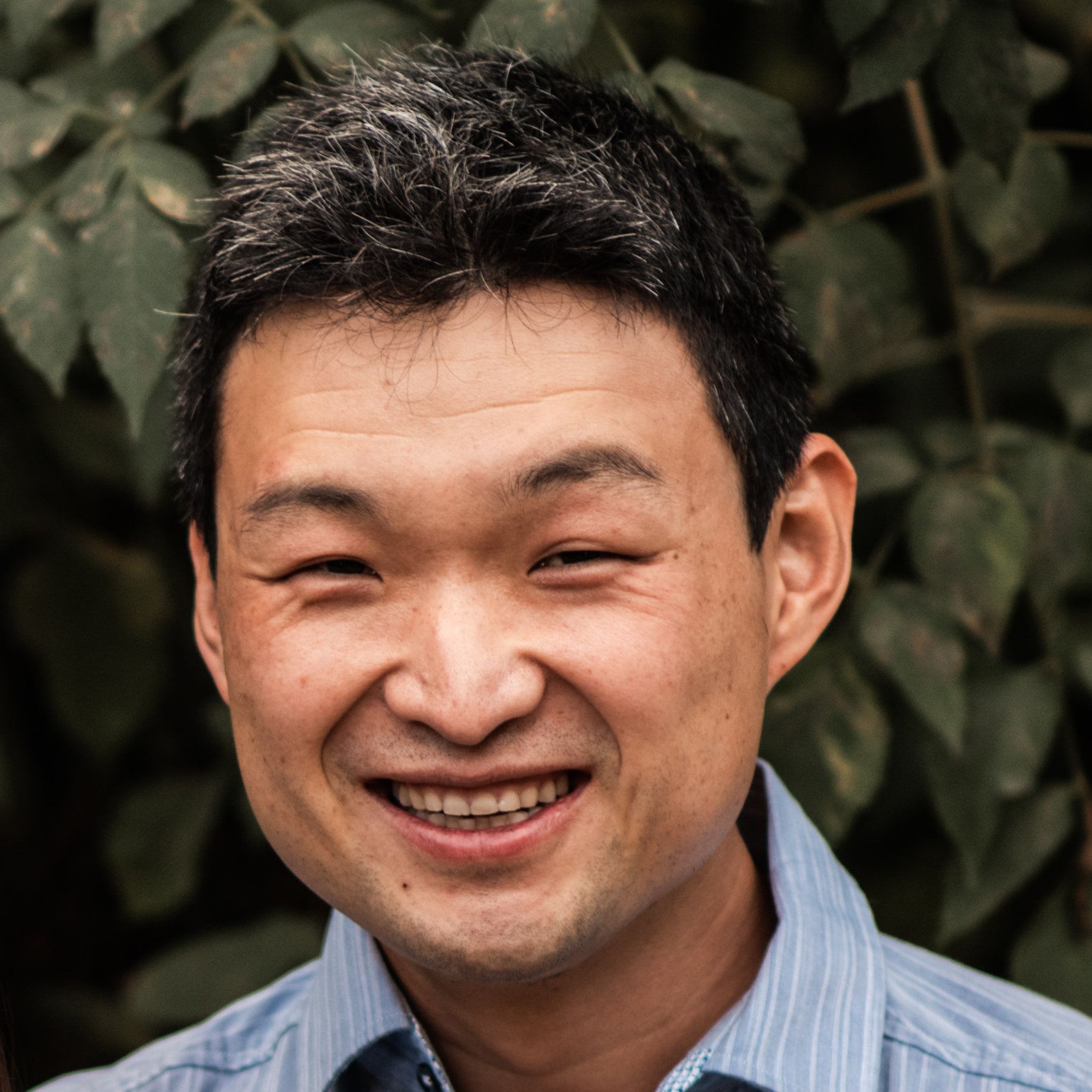 What is LiveKit? Why did you build it?

LiveKit is an open source platform for building real-time video and audio. We make it super easy for other developers to build apps on top of it, or to include real-time presence, so you can connect to the other person in the room.

We started working on a side project last year, early into COVID. Like other hackers, my co-founder and I were stuck home and had a few ideas for apps that made remote-work more tolerable. Surprisingly all of them required remote presence, with some kind of video.

We got familiar with the current solutions that are out there and realized how limiting some of them are. The hosted platforms tend to get pretty expensive, especially when you’re building something that’s social, is always on, and where people are publishing a lot of videos.

We looked at the open source solutions and realized how hard they are to get started. They almost always require some level of understanding of WebRTC and you are required to assemble the different pieces together yourself. Some of them only provide the server-side and you have to figure out how the clients work. We thought that there should be an easier way - that’s why we started LiveKit.

Why did you make LiveKit open source?

For my entire career, I’ve benefited tremendously from open source. I’ve started two companies before and we were all heavy users of open source. None of what I built would have been possible without open source software. Secondly, we were trying to increase flexibility. We observed limitations in the existing services. Anytime you’re trying to do something more complex or different from just building a video conferencing solution, you are blocked.

It’s rather binary, it either works or it doesn’t. As an engineer and hacker, we believed in hackability. How do I make something that other people like me can just modify and contribute back? Seeing some of the successful open source projects through the community contribution was really appealing.

When we started LiveKit, there were just three of us. There’s only so much we can do and this is a fairly complex project, so we thought if we produce this as open source and create an ecosystem, the community can keep making it better and improve it.

I get up about 7:30 am every day and then hang out with the kids for a couple of hours. I have two boys, seven and five years old. I make coffee in the morning before I can get anything done, then I’ll start working. I work at home as most of us do these days, and start by going through Slack. We also have a user Slack for folks that need help with LiveKit. A lot of our users are international, so they’re sending messages and asking questions while we’re asleep. I catch up on that, scan through email, and then look through GitHub which is where we get contributions, patches and issues.

We’ve made a few hires lately, so the team’s looking more like a real company. We have our daily stand-ups and catch up, then I try to keep my days free of meetings. It’s hard given that we’re small and I’m still one of the main contributors to LiveKit. I try to keep most of my day available so I can dig into the technical work. I probably still spend about 50% of my time coding and 50% dealing with other stuff.

We’re six people. Most of us are engineers. The team is focused on deep video stuff, backend distributed systems, and clients. Currently, I’m helping onboard our new hires. We’re pretty small but quickly growing and are hiring right now. If you’re interested in building video platforms, let us know.

We wanted to use a modern stack, so we built the entire system on Go. This is really thanks to an awesome Go WebRTC implementation by Sean DeBois. Sean decided that there should be a modern WebRTC stack written in Go available for developers to use. The project is four years old now and it’s really thriving. It’s got a really awesome community behind it.

We picked Go because we saw this problem as a distributed systems challenge, more than a WebRTC challenge. If you get enough people in the room, then what you’re using in LiveKit is a WebRTC Selective Forwarding Unit. You’re forwarding a lot of data between people, getting data from one person, and sending it to many others in the room and vice versa. It was important for us to handle a lot of simultaneous connections on the node. Those attributes make Go kind of a better choice in my opinion.

Go is awesome for cross-platform reasons too. It is easy to cross-compile. I can do all of the work on my Mac and run one command and get a Linux executable in five seconds or less, then I can just scp it onto a Linux machine and start running it. It’s a single binary and super easy to distribute.

When I was little I was really into video games. I just remember going to the arcade and playing Street Fighter. That was like the arcade favorite back in the day. I remember thinking that I want to build something like this. My dad knew a bit of programming. He’s not a programmer but was really interested as a hobbyist, so he encouraged me to try. I remember him taking me to the computer labs and teaching me Logo. It’s a really old educational programming language where you control a little turtle, and then you can tell it to go up, go left, and so on.

That’s probably the genesis of how I first got into programming. I remember doing some early really simple mods, changing the .WAV file sound effects from games, recording my own tracks, and putting them in. I’m sure a lot of people have done this, opening saved games in a hex editor and changing values to give yourself superpowers. That was fun. I was always pretty into understanding how computers work, it seemed like a natural path.

My first language was JavaScript in high school. It was really easy to learn but it always seemed like a toy at the time. When I went to college, I learned C first. They still taught C as a beginner language. In hindsight, they are now way better languages. Professionally when I first started playing around with the web, it was PHP and then Ruby, when Ruby on Rails was popular. With my first startup, we were doing a lot of mobile, which was Objective C.

We got into Go at a later point around 2015. From my perspective, I’m agnostic when it comes to languages. I think every tool has a strength. I tend to just pick things up and try to learn them. I’m definitely more proficient in Go and some of these more modern things because I’ve been playing with a lot of them.

What’s the most interesting challenge that you have faced building LiveKit?

There are a lot of challenges. When I first approached I had a naive view of how straightforward it would be, but as I got deeper I thought, “Oh man, there’s still more to learn.” I think the biggest challenge is really understanding the different pieces of WebRTC at a level deep enough that I can actually build a platform on top of it.

WebRTC is not a single standard. It is a bunch of different technologies that make the whole thing work. It’s kind of incredible how thoughtful people were when developing all the layers. The biggest challenge is peeling these layers and understanding more and more of how things work. I’m definitely standing on the shoulders of giants here.

What’s the most interesting tool you’ve been playing around with recently?

There’s been a few, but one that really stands out is Gather.town. It’s a virtual office that almost blends a video game with Slack, where you have an avatar in this virtual space. You can decorate your office and change the layout to whatever you want. You appear as entire teams sitting in the office together. The moment you walk up to someone or go into a conference room or a private space with someone, you can see each other’s video and audio. Even though it seems like such a simple transition, the feeling of seeing somebody sitting next to you in the virtual space and being able to walk over to them and start a conversation made the team feel a lot closer.

We started using it about a week ago and it’s been awesome. The team’s really liking it. Every day during standup we’ll all stand up from our virtual desk in the outer space, walk over to an area, and as soon as you get closer to each other, you can see each other’s video.

The funny thing is one of my coworkers noticed something else in the virtual office. He wanted to check it out, just using his cursor and started to move in that direction, and he didn’t realize how he couldn’t hear us anymore. He was like, “Oh, wait. As soon as I walked away I lost video”, I’m like, “Yeah. What do you think happens in the real office?”

I don’t know if this is what the future of work looks like but it’s working out pretty well for us.

I have a fairly standard set up - a 16 inch MacBook Pro from the last generation.

At my home office, I have a laptop stand and a 34-inch monitor. That’s my primary work surface. I have a CalDigit Thunderbolt hub. I just plug one thing into my laptop and everything works.

I use the ErgoDox keyboard. The learning curve was actually quite intense. It took me about a week to figure out where my key mappings are, but it is better. I really like the split, ergonomic keyboard. I also have a standard Apple trackpad.

I typically don’t use headphones at home. I have a Sonos nearby for music and sometimes I’ll turn that on. 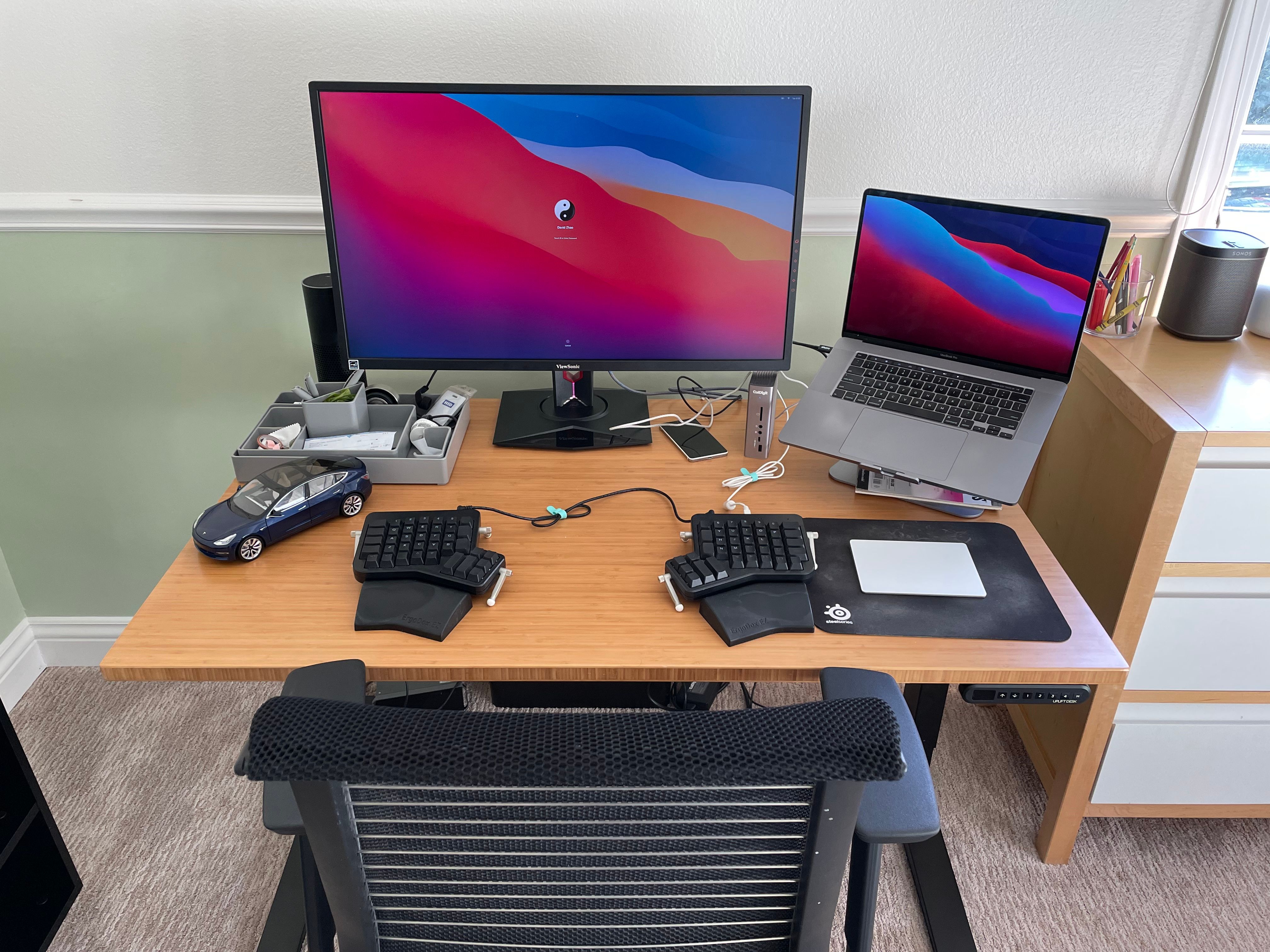 Browser: I’m primarily on Chrome, but end up using Safari and Firefox for browser testing. We do quite a bit of stuff in a browser with a WebRTC SDK so a little bit of everything.

Chat: For personal stuff - Signal, Telegram, and iMessage. For work, I use Slack.

IDE: VS Code for anything, but for Go I use Goland.

I have a standing desk, but I don’t stand as much as I probably should. For my chair, I have a Steelcase.

Silence or music? 50 / 50. Sometimes if I’m deep into doing some coding, I will listen to music, but otherwise, I prefer silence.

Lately I’ve been getting to grilling. I’ve got a Big Green Egg, which is a barbecue smoker. It’s been cool learning how to do stuff with it. The flavor profile it produces is just so different from traditional grills that I’ve used before. Especially compared to gas grills. Otherwise, I love doing just about anything on the water.

LiveKit is an open source platform for building real-time video and audio. It was featured as an “Interesting Tool” in the Console newsletter on 29 Jul 2021. This interview was conducted on 25 Aug 2021.