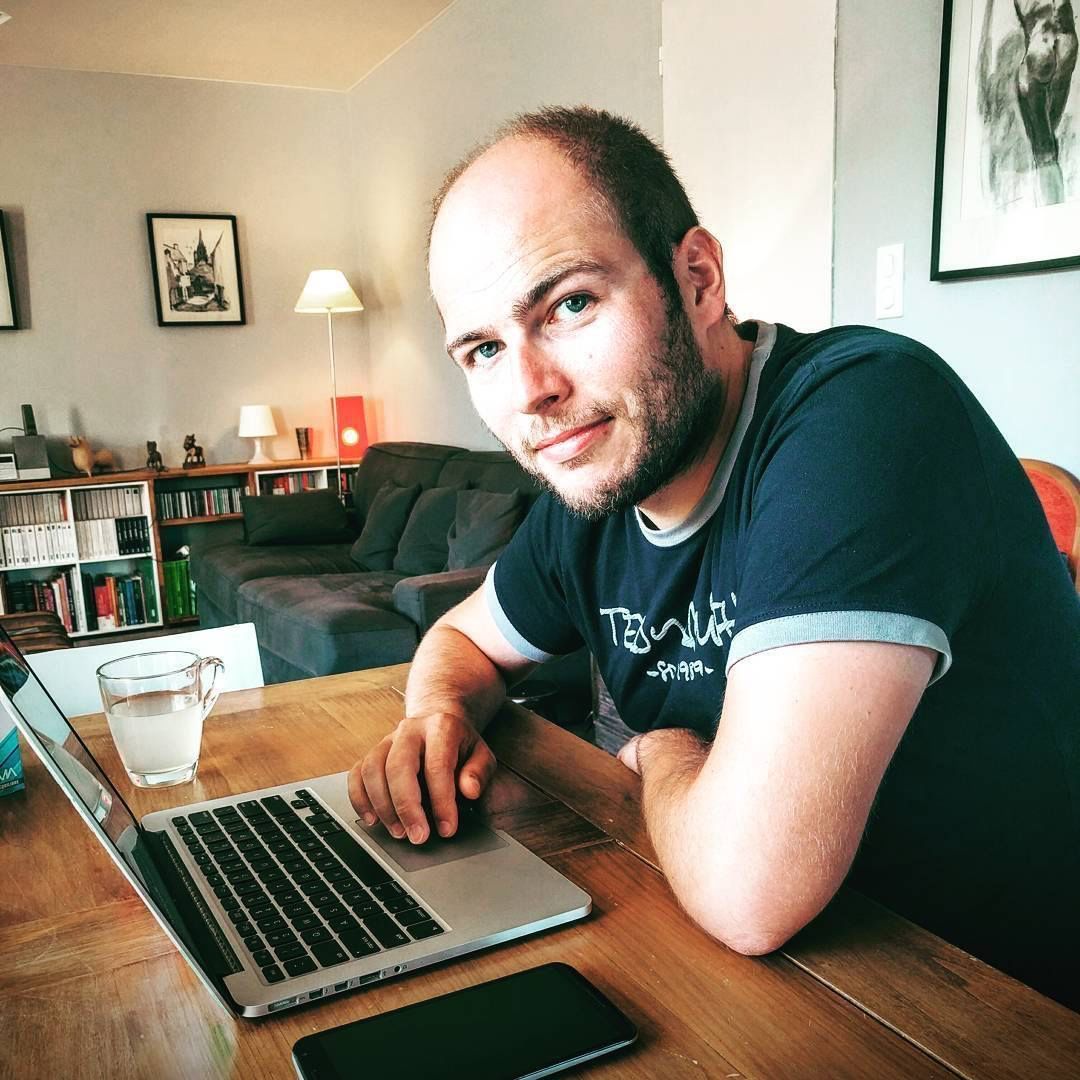 What is Mergify and why did you build it?

Mergify is an automation tool for GitHub pull requests, with a merge tool behind it.

My co-founder, Mehdi Abaakouk and I used to work on OpenStack, where they don’t use GitHub or anything similar. Their own development system is based on Gerrit, which is a review system from Google.

We were used to a certain workflow involving automation, such as a merge queue, where you rebase pull requests on top of each other. We were used to using that process, then we switched one of our projects from this platform, OpenDev to GitHub. When we arrived on GitHub, we were a bit frustrated because there was nothing like the automation, work queue, or merge queue, so we decided to scratch our own itch, and ended up building Mergify out of that. Funnily enough, GitHub recently announced that as a feature in beta!

We started with auto-merge which enables you to merge a pull request as soon as the CI passes, and as soon as it’s approved by reviewers. Then we added rebase functionality which allows you to align pull requests on top of each other after being merged, so they’re re-merged. We started three years ago because we needed the system. We were the first users of Mergify.

What benefits do those two features bring to developers?

Having a way to automate everything means you don’t have to wait for the CI to finish. The typical use case is that you or your colleague are doing a PR, saying, “Hey, can you review it?” You review it, you approve it, and then you realize that the CI did not finish because your CI takes more than an hour. This is stupid because it’s ready, it has the right label, it has the right approval, it has the right CI passing, whatever your rules are.

When you use something like Mergify, you actually write code to define your merge policy. It’s automated, so you don’t have to wait for anything.

The other challenge is where a PR is sitting waiting for review for some time. CI passed too long ago so in the meantime, you’ve merged a lot of things in the main branch and your PR is outdated, code-wise. It’s still green, the CI said, “It worked one week ago, so it’s fine to get merged.” You approve it, you merge it, and after that, you see problems arise because of the changes that were merged in between.

As we see more and more people deploy automatically from the main branch, you also want to ensure that the PR stays up to date with main. This is essential to get the velocity where you can deploy 10-20 times per day.

It’s chaotic. It changes every day, but most of the time I start my day by doing code reviews. I do a lot of code reviews to make sure I know what’s going on, and so I don’t block other people who might be waiting on me. I don’t necessarily take the time to write a lot of code nowadays, because there are so many things to do when you run a company. The rest of my time is spent talking with customers or potential customers who are interested in what we’re doing at Mergify. I will also spend time planning the product and the roadmap.

We are six people now. Two people in marketing, reaching out to people, writing blog posts, etc., and then we have three people working on the product, plus me.

I started coding in C when I was 14 years old, next I learned Perl and Bash. I spent a lot of time coding in Perl in my early days. I also started to explore things like Linux.

I switched to Python about 10 years ago. I was curious about learning about object-oriented programming, but I was not doing that on Perl, so I learned Python. I’ve stuck to Python since because it’s easy to write anything.

We’re using a lot of Python. We use some PostgreSQL. We don’t use it as heavily because we don’t store a lot of data in it, but we are big fans of PostgreSQL. We’re also using Redis a lot, because it’s easy to use and really powerful.

How do you interface with Git?

We use the GitHub API to do most of our operations when you’re automating with Mergify. There are some things where we do things GitHub doesn’t know to do - more advanced git commands. In that case, we call the git binary directly. It is a bit heavy in the sense that you have to call out to the binary, but so far it’s worked pretty well for us.

For example, we’ll do a Git clone of the repo with the right settings, then we’ll do whatever we need to do to build the right branch and the right tree for you, and then push that back to GitHub.

What’s been the most interesting development challenge building Mergify?

I think it’s been working with the GitHub API because we use them heavily. We use every corner of the API. A lot of our job is talking with GitHub tech support and engineers because we are regularly finding bugs in the GitHub API! We use it in a way nobody does.

Once, one of the GitHub engineers reached out to us, because they broke something and we were the only user of that API. It’s very interesting because you get a lot of access to Git via their API, but not many people use it!

One of the big challenges is working with the GitHub API rate limits. We automate a lot of git actions for you so that necessarily means calling the GitHub APIs. We have to be able to access the latest state for things like pull request labels, files, CI status, git tree, etc. With a limit of 5,000 requests/hour that can be really difficult. We cache a lot of things!

So for us, it’s not a fancy algorithmic thing, but it’s the reality that when you deal with another system from other people, it’s really challenging to make them work in the way you want and to not break, which results in a lot of time and effort.

We recently added some APM. We’re using Datadog for this. We didn’t use APM at the beginning but when we started to use it, it gave us a lot of insight into the software we wrote.

You think your code does one thing, but in reality, it does something completely different. We got a lot of insights, learning what happens when your code runs and what you could do better, or you could implement it in a different way that would make things faster or more optimized. We realized that some of our old code was not doing the right thing, which is easy to miss.

Generally, testing against third party APIs is difficult. The rate limit makes it impossible to just run the real code against the real APIs. Our approach is to run the requests once, record them, and then replay for subsequent tests. Having something like APM is really useful in that sense - it gives you a lot of insights into your software and shows you what it does for real!

I’m using a 13” MacBook Pro, but I should upgrade to a new M1 soon because this one is getting slow. I use my laptop with two screens and a standard Apple keyboard and a mouse. 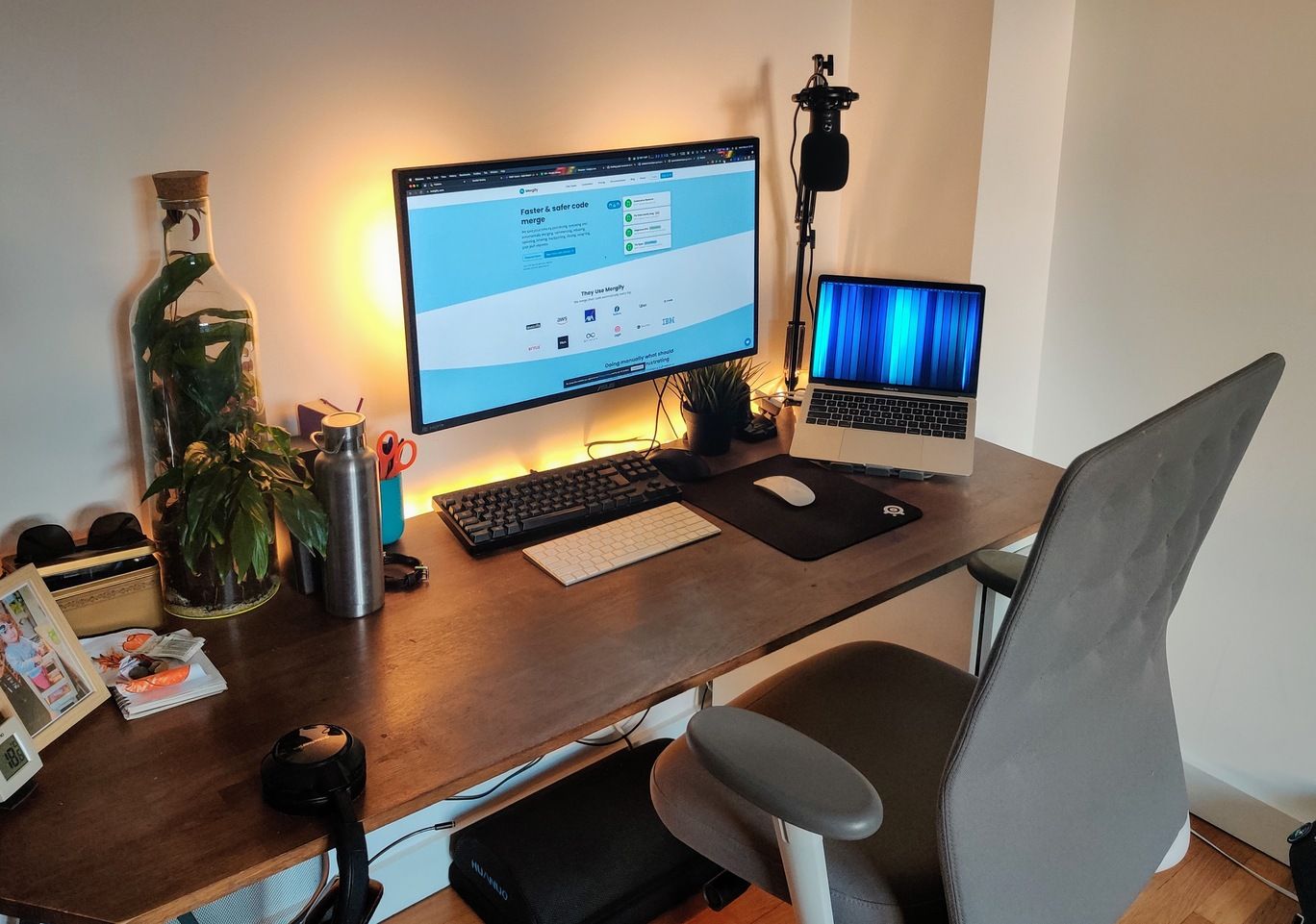 Email: Gmail via Mailplane for work and Gnus for personal emails.

I wish I had a standing desk. We have invested in good chairs from Steelcase as it’s important to have something decent when you spend eight hours a day on it, but nothing else special right now.

I run, which I do as often as I can, and I enjoy cooking a lot, usually spending an hour or so every day cooking something.

Mergify is a tool for automating GitHub pull requests. It was originally featured as an “Interesting Tool” in the Console newsletter on 25 Nov 2021. This interview was conducted on 28 Oct 2021.