Co-founder, Raycast - A quicklauncher that lets you control your tools with a few keystrokes. 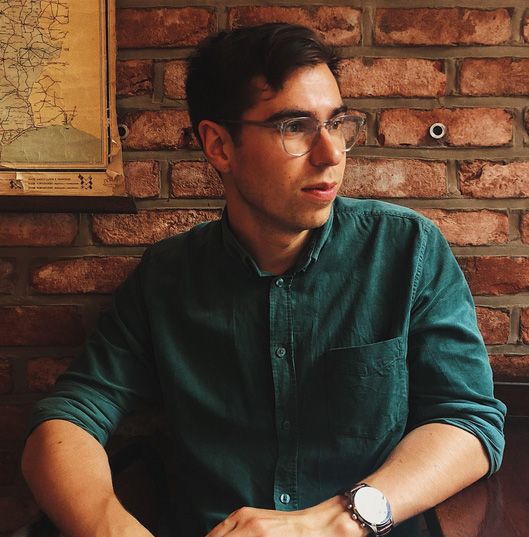 What is Raycast? Why did you build it?

Raycast makes it easy to control your tools with few keystrokes without context switching. We built Raycast because we were tired of slow interfaces, web browsers and products that we felt like were not built for efficient workflows.

Previously, working in a big organization (Facebook), we would spend a lot of time on communications, task management, code review and other non-coding things. It felt so slow. Even if you just go and do something quickly in a browser, you end up in a chat, and then half of the day is gone.

At Facebook, as side projects, we built a few micro productivity tools which is why we started thinking - what if we had some kind of a framework for this, an app where you can do these things. This is how it started. 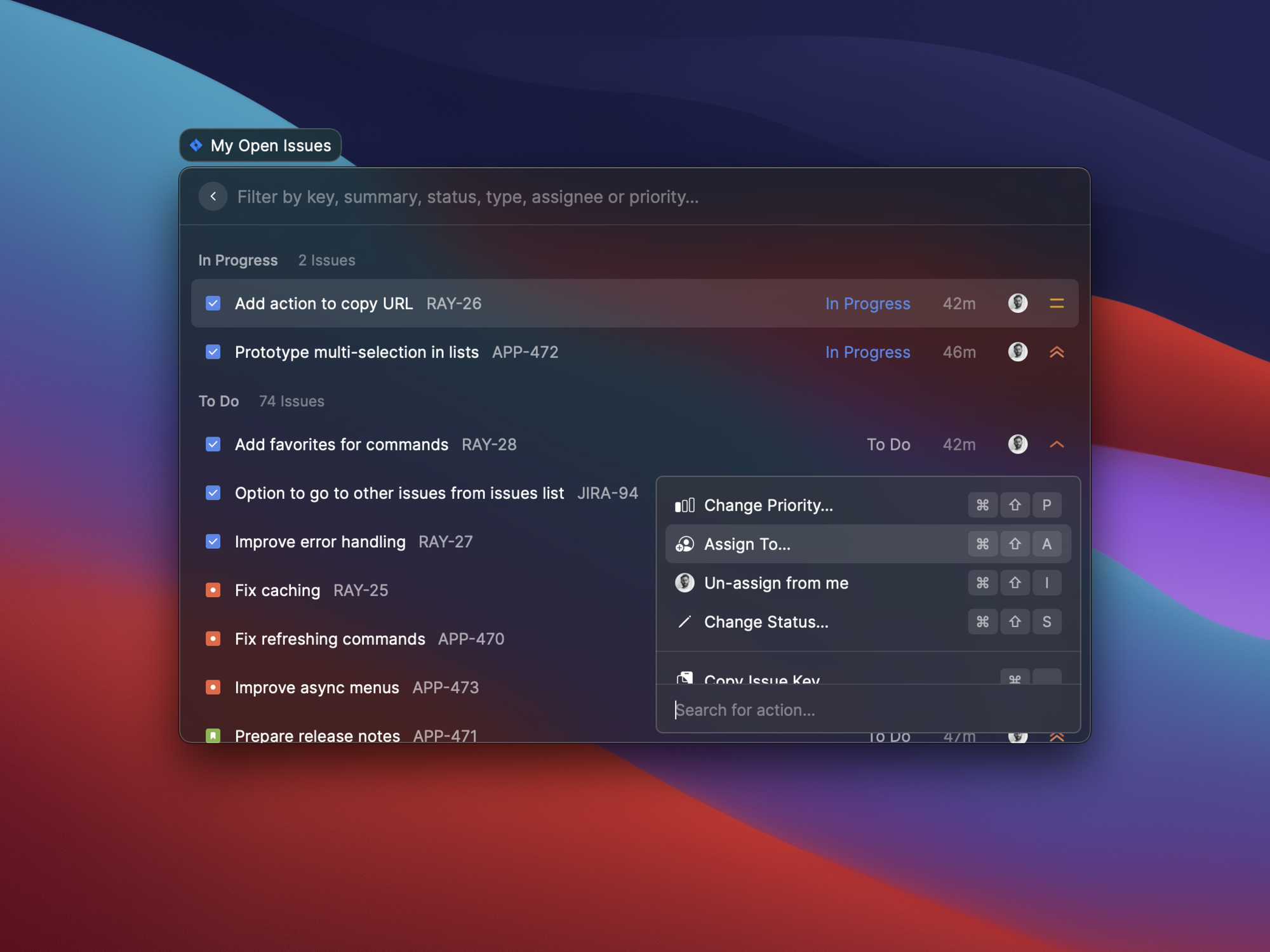 How have you thought about building a tool for developers vs general users?

This is interesting because we don’t really see ourselves as just a developer tool. It’s how we target the audience at the moment, but if you look on our website, we don’t mention developers that much. You don’t have to be a developer to use Raycast, it’s very similar to Apple’s Spotlight.

Developers are the audience that will help us to bring the ecosystem to the level where we have a lot of extensions. Actually, the main product that we’re building right now – API for extensions – is not yet available to the public. We want to make it super easy to build productivity tools without you needing to know how to build desktop apps or websites.

We knew that we couldn’t start with the platform, so we wanted to first test different use cases. We started interviewing people, and the biggest pain point among the services was Jira. It’s just notoriously slow. Almost every developer complained about this. We built the first version with basic Spotlight functionality, built the Jira integration and then it picked up interest so we kept adding more and more extensions from there.

We recently stopped adding new extensions so we can focus on building our JavaScript API that will allow our community to integrate other services with Raycast.

There is no universal day! Sometimes I go deep into coding to ship a feature, other times there are days where I need to be more involved in other projects, maybe reviewing something or onboarding people or dealing with the community and feedback. During these periods, I don’t get too much coding done.

As we grow, it’s getting harder and harder to dedicate time for coding. I’m also not great at switching between things. To code, I need a few hours without distractions. Going forward, unfortunately, it’s going to be less and less coding for me.

What is the team structure around Raycast?

Last year, there were five people: me and my co-founder, Thomas, two engineers and one designer. Now there’s ten of us. Majority of the team is focused on building the API and the extension store.

What is your tech stack?

We made a deliberate choice to go the hard route and build a native client. We want to be a Spotlight replacement and be as close to the system as possible. Choosing Electron would mean a lot of fighting with CPU consumption, resources and binary size. We update, for example, every week and we don’t want our users to download hundred-megabyte binaries every time.

It also was where our domain knowledge was, having worked on native iOS and macOS clients at Facebook. Raycast is written in Swift using AppKit for UI, which has been the only technology for a while. Now we have a little bit of a back-end for the upcoming extension store. For the website, we use Vue, which is really lightweight.

What’s your approach to cross-platform?

Right now we want to focus on macOS. The market is big enough. People know the concept well. It makes it easy to explore the UI and the concepts with just a single app without the need to keep multiple clients in sync.

The goal for the API is that it is consistent across all platforms for all extensions. We also want to move all our current extensions with third-party services to TypeScript as well at some point.

Once we have the platform and we see that everything works and it’s growing, we will hire people to write the Windows client. I’m not sure when Linux is going to happen. It feels like a bit of a niche market, so maybe at some point. 1Password recently added their client for Linux. It took them a while.

I started at university studying computer science, but I also wasn’t too passionate about coding because we were doing some very abstract things. It was not connected to the real world. I’m not sure if that’s the problem of my specific university or if it’s a common problem.

As a student I was mainly playing online poker as a way to earn money. When I got tired of it, I joined a small agency as a junior Flash developer. By this point, Flash was already dying. Soon after I joined the company I got an opportunity to work on an iOS project which is when I found my passion in UI and building nice interfaces. From there I moved to VK (Russian Facebook) and after a few years I ended up at Facebook, where I switched to macOS, and then Raycast.

What’s the most interesting development challenge you’ve faced with Raycast?

The biggest challenge in Raycast is the design and UX because the UI is constrained in size. We need to make lots of trade-offs. Everything should be keyboard-driven, the UI patterns and interactions should be consistent across various extensions, etc. These constraints make your brain hurt when you try to figure out how to build a particular flow! AppKit also is not easy to tame, especially when you want to have a custom look and behavior. AppKit’s default components were never meant to be used in the context that we use them (keyboard first), so we ended up building a lot of custom UI.

Why did you decide to go with local auth for third-party integrations?

This was a thing that makes sense for users and it also makes our life easier. We don’t need to worry too much about the security of our backends right now. We don’t have a backend. Everything is in the client. Whenever somebody asks us, ‘Hey, how secure it is?’ we say, ‘It’s all on your machine, you can check your credentials in the keychain.’

There are two apps that I’m enjoying. One is Linear. We’re friends with the team and are big fans of their approach.. Mainly because they try to make these work tools enjoyable. Beautiful design, fast interactions.

Another is Figma. It’s just hard to imagine how complex the implementation of this must be, where everyone just can collaborate in the real time. Especially in a world where I experience some connection issues and I can’t send a message, but in Figma, cursors are moving live. It’s amazing.

This one is going to be really boring. It’s all Apple. I don’t have any fancy cool keyboards that a lot of developers have. Apple MacBook Pro 16", Apple keyboard, Apple mouse with an LG UltraFine monitor.

I try to avoid depending too much on additional hardware because I often want just to take my laptop and sit and code. I don’t want to feel like I can’t work on my laptop because I’m missing my keyboard or my super mouse or something like that. 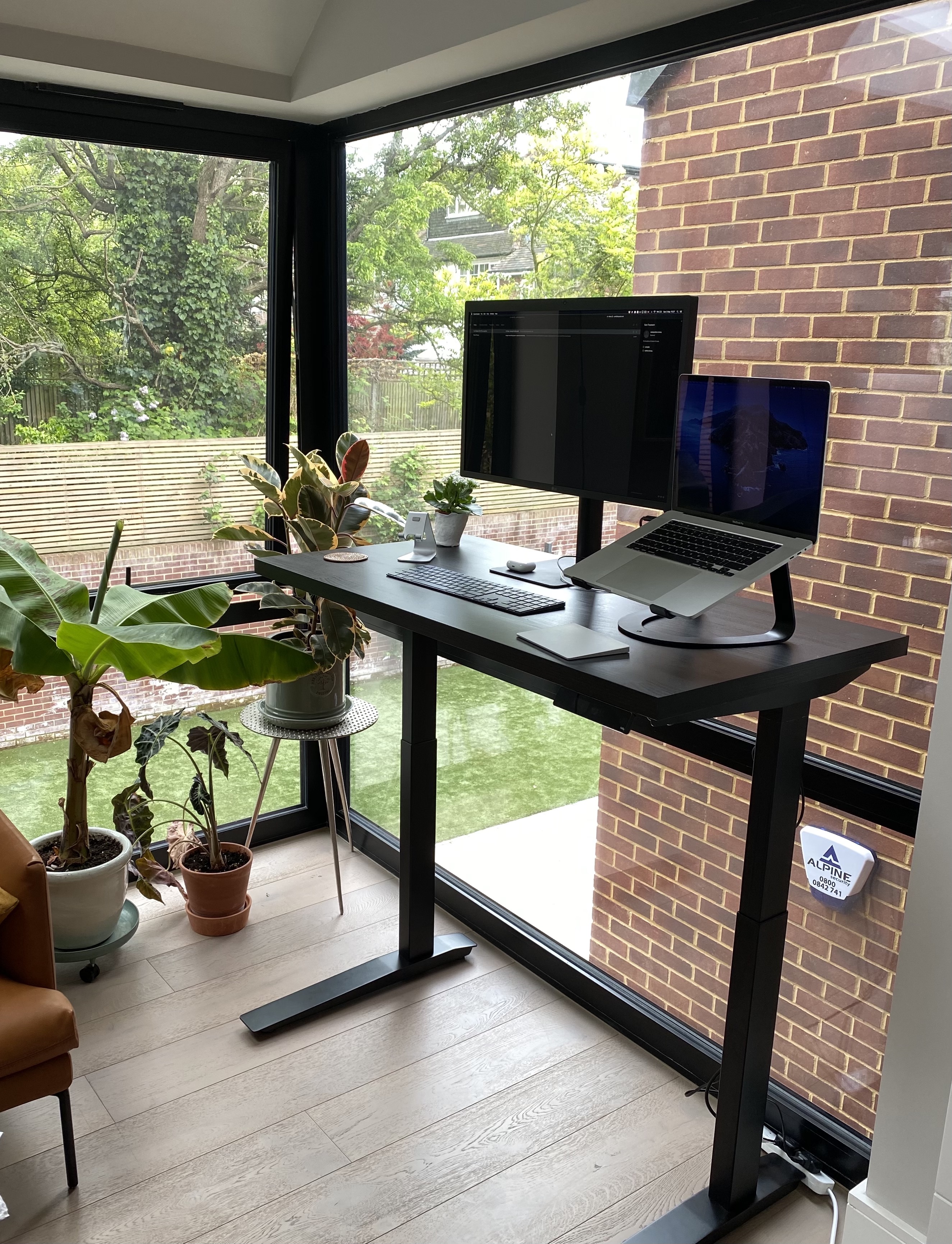 Email: Front for work, Apple Mail or Mimestream for personal.

IDE: Xcode for macOS work, and VS Code for everything else.

My standing desk is from Jarvis. Nothing special apart from that.

That question is like a punch in the face during the pandemic! Especially being a founder of a startup, you’re fully consumed by the startup in your head. It’s really hard to switch from it. In normal time, I enjoy sport: squash, running, tennis.

Raycast is a quicklauncher that lets you control your tools with a few keystrokes. It was featured as an “Interesting Tool” in the Console newsletter on 25 Feb 2021. This interview was conducted on 17 Mar 2021.