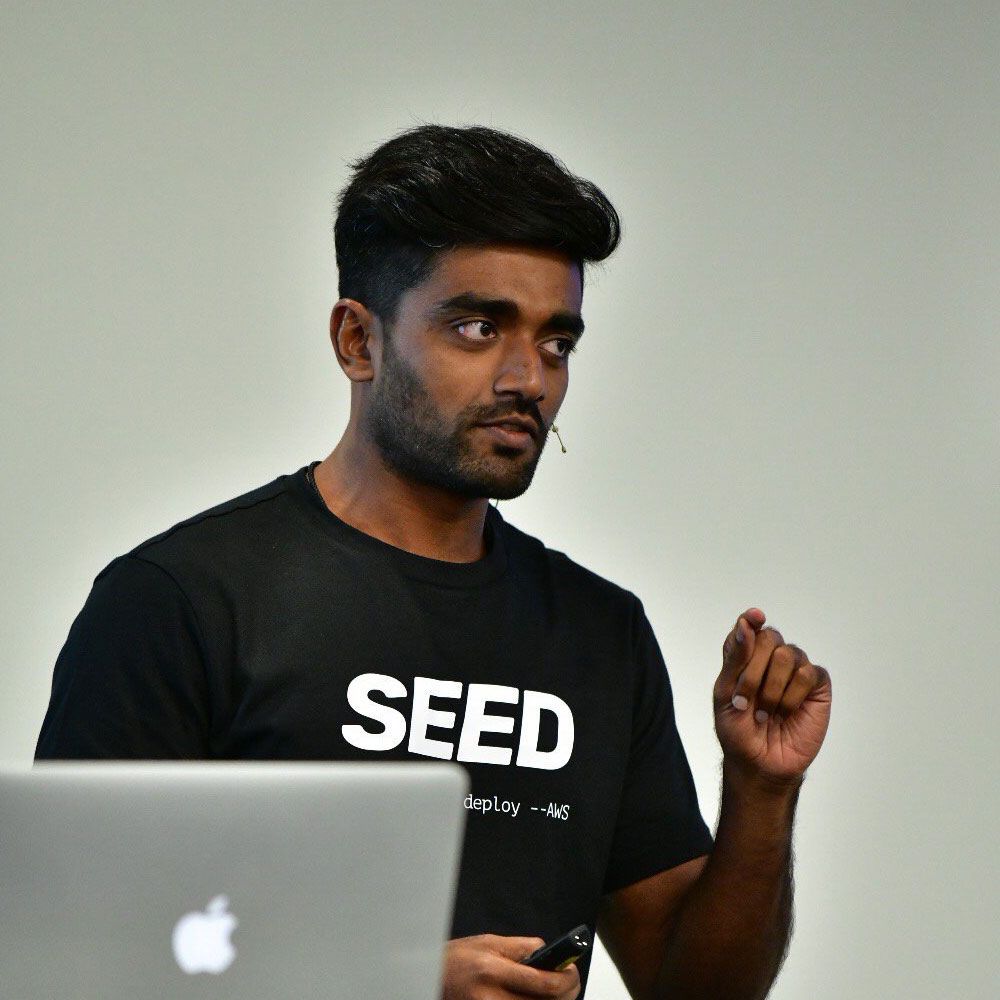 What is Seed? Why did you build it?

At Anomaly, we’ve been building products for some time now. A few of them were quite popular, including one that was in the top 100 in the App Store. At some point in the product’s lifecycle we would hit some scaling and operational challenges. For a small team, this ended up being very time consuming.

So when we discovered the serverless approach, it just made so much sense for us. We started using it internally. The first problem we hit upon was that there were no resources to help us get started. So we created a really comprehensive guide for building full-stack applications. We made it completely free. Our guide is now the most widely read resource for serverless.

While using serverless internally we realized that setting up a CI/CD pipeline and managing deployments for non-trivial serverless apps was quite complicated. We wanted something like Heroku, where you could just git push to deploy. We spoke to a few of our readers and eventually built Seed.

Seed is a service that makes it easy to deploy, manage, and monitor serverless apps on AWS. We’ve built a custom infrastructure to incrementally deploy serverless apps, speeding it up 100x. It also includes a fully featured CI/CD pipeline that’s a little like Heroku. And a dashboard that shows logs, metrics, and issues for your serverless apps.

For teams that are building serverless apps at scale, managing a deployment pipeline can get really complicated and slow. It’s not uncommon to see deployments that take 45mins. And build scripts that grow over a thousand lines.

Seed fixes this by supporting serverless apps out of the box, so you don’t need a build script. And our custom infrastructure speeds things up by incrementally deploying your apps.

Another area of particular interest for us was the local development experience for serverless. Seed is almost entirely serverless. So this is something that affects us everyday. We spoke to our users and readers and found that almost everybody was having a bad experience. One of the teams we spoke to mentioned that they had toyed with the idea of using something like ngrok (or tunneling) to proxy the Lambda function invocations to their local machine. And that got us thinking about how we could build that idea into a development environment that automatically did that for you. That idea led to us creating Serverless Stack (SST). 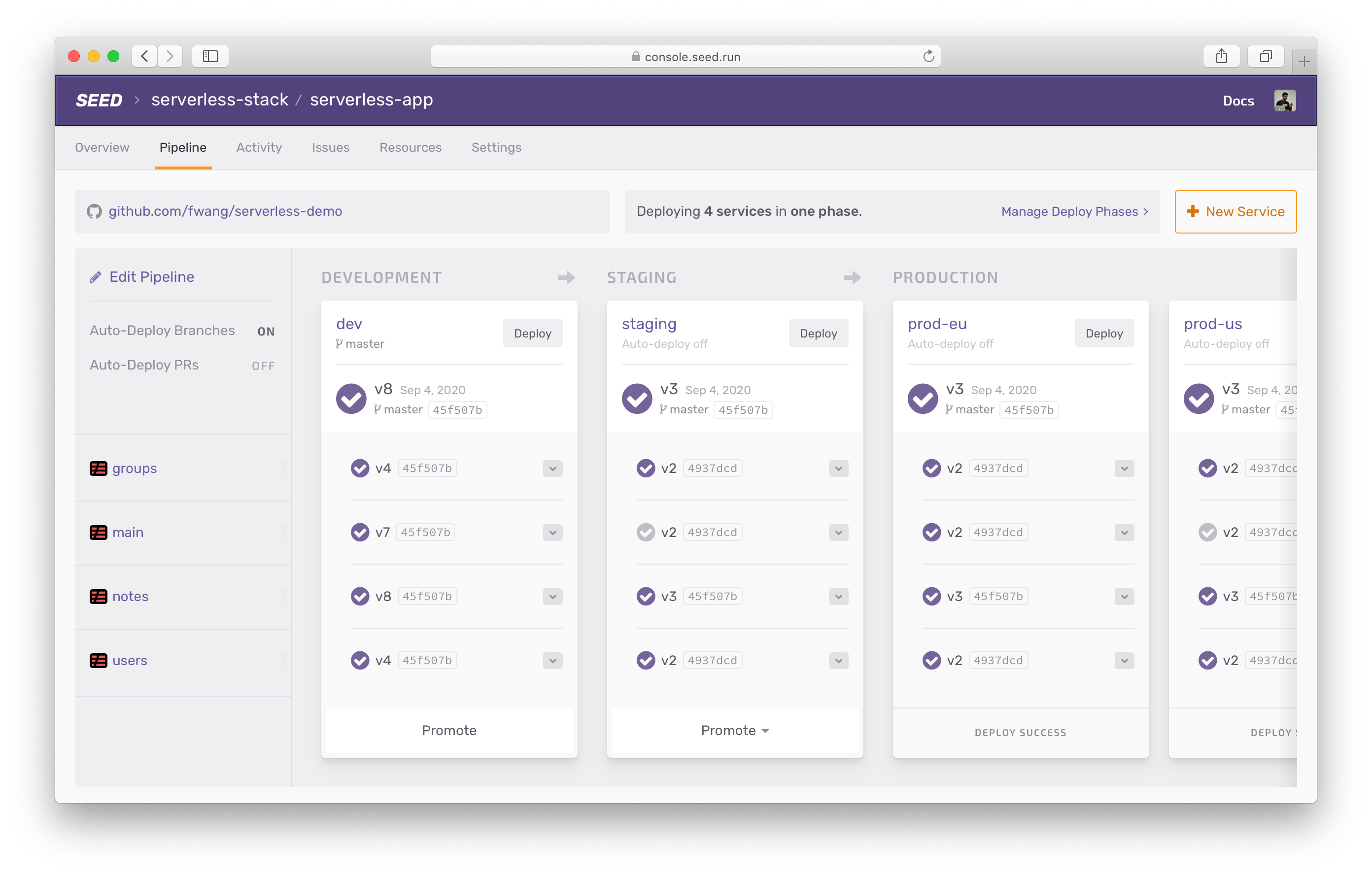 I check my emails and messages right after I wake up. I meditate. I always had the habit of meditating since I was a child. But as I grew older my meditation practice was more on and off and I was lacking direction. A couple of years ago a friend recommended reading “The Mind Illuminated”. It’s a more practical guide to meditation. I’ve been following its practice since and it’s had a huge impact on my day to day life.

Then I workout, these days that means running since all the gyms are closed. Shower, have breakfast, and start working.

I usually have one big thing I’m trying to accomplish for the day. It can range from development for Seed, I do the frontend, so React. Or for Serverless Stack, our open source framework, it’s mostly Node. To product design for the Seed console or visual design for our marketing pages. Also writing, adding to our Serverless Stack Guide or just plain old documentation.

I also try to do all our support, look at issues on GitHub, and spend time in our community Slack channel.

What is the team structure around Seed?

It’s my co-founder Frank and I. We are both engineers. We go way back. We met in first year university, back in 2003. We were roommates, and have been working on projects together ever since. He does more of the infrastructure and backend. While I do more of the frontend and design.

I think I might’ve learnt Logo, Basic, and some other educational languages in school as a kid. It wasn’t until high school when I first made software outside of what was required in class. That was through Visual Basic on a PC I built with my dad, and it gave me a taste for building products that people could actually use. I was fascinated by the programs on my computer and wanted to make something like that. With all the icons, splash screens, wizards, and what not.

I didn’t build anything commercial with VB. But I went overboard for a school project and made a Dragon Ball Z turn-based game. Pretty much because I was into online gaming back then and wanted to make something fun.

Then in my second year in university, while I was stuck in an incredibly boring internship, I learnt web development and built my first website. I quickly got into Ajax and the whole Web 2.0 craze and started trying to make my own JS frameworks like YUI or Ext.js back in the day. I had a coworker at that internship that was equally bored, he helped me when I had questions. This was pre-Gmail, so doing anything Ajax related felt really cutting edge and cool to me.

I’ve been building products ever since.

What is the most interesting development challenge you’ve faced working on Seed?

As Seed grew, we started getting more feedback around the deployment speed. Many teams had deployments on Seed that took nearly half an hour. This seemed crazy to us. We did a couple of small optimizations along the way but soon realized that we needed to rethink the deployment infrastructure for it.

So, a couple of months ago we launched Incremental Deploys in Seed. That required us to break down each and every part of the deployment process and think about optimizing it. We have hundreds of teams deploying through Seed every day, so we had to figure out reliable and scalable solutions to a whole host of problems.

Serverless apps are organized into separate services, where each service is made up of dozens of Lambda functions. Most reasonably sized serverless apps have at least 20 of these services. A serverless deployment at its core is bundling and packaging individual functions. The tooling out there wraps around all this and provides a single CLI command that deploys a service. Our old infrastructure would basically run these commands when a git commit was pushed. There were some optimizations but Seed would treat the command as a black box.

With Incremental Deploys, Seed now operates at an individual function level. It stores the deployment state of the entire app down to each Lambda function. It then uses Lambda to run concurrent checks on what needs to be updated. We use Step Functions internally to coordinate these Lambdas and to handle retries.

We also have another set of optimizations around caching dependencies and making sure they are restored in time before the functions are packaged.

We also had to figure out how we were going to roll out these changes. We ended up doing it in phases over the course of a month and half as we created a completely new infrastructure and slowly shifted all of our workloads over. The older infrastructure was more straightforward. Provisioning a fleet of containers and running these build jobs. But the new one is a mix of serverless functions and containers that we manage ourselves.

Our open source framework for serverless is based on CDK. And so we’ve been spending a lot of time on that. It allows you to use regular programming languages for creating infrastructure. That gives rise to some very interesting patterns as you can compose and reuse constructs in novel ways. From a design and developer experience perspective it can be very interesting.

A late 2013 MacBook Pro. For better or for worse I’ve gotten used to not using an external display. And no external keyboard or mouse either. I have an external USB hard drive that I connect to once in a while and it runs Time Machine.

I have an iPhone SE that I’ll probably upgrade to a Mini. I like phones that I can use in one hand. And I think the iPhone 4 and 5 were the best designed ones.

OS: I’m on macOS Catalina, I’ll need to upgrade when I get a chance.

Browser: I prefer Safari because it consumes less battery.

Email: I use the standard Apple Mail app that connects to Gmail.

Chat: iMessage to talk to Frank and Slack for our open source community.

IDE: I use MacVim and Git through the terminal. 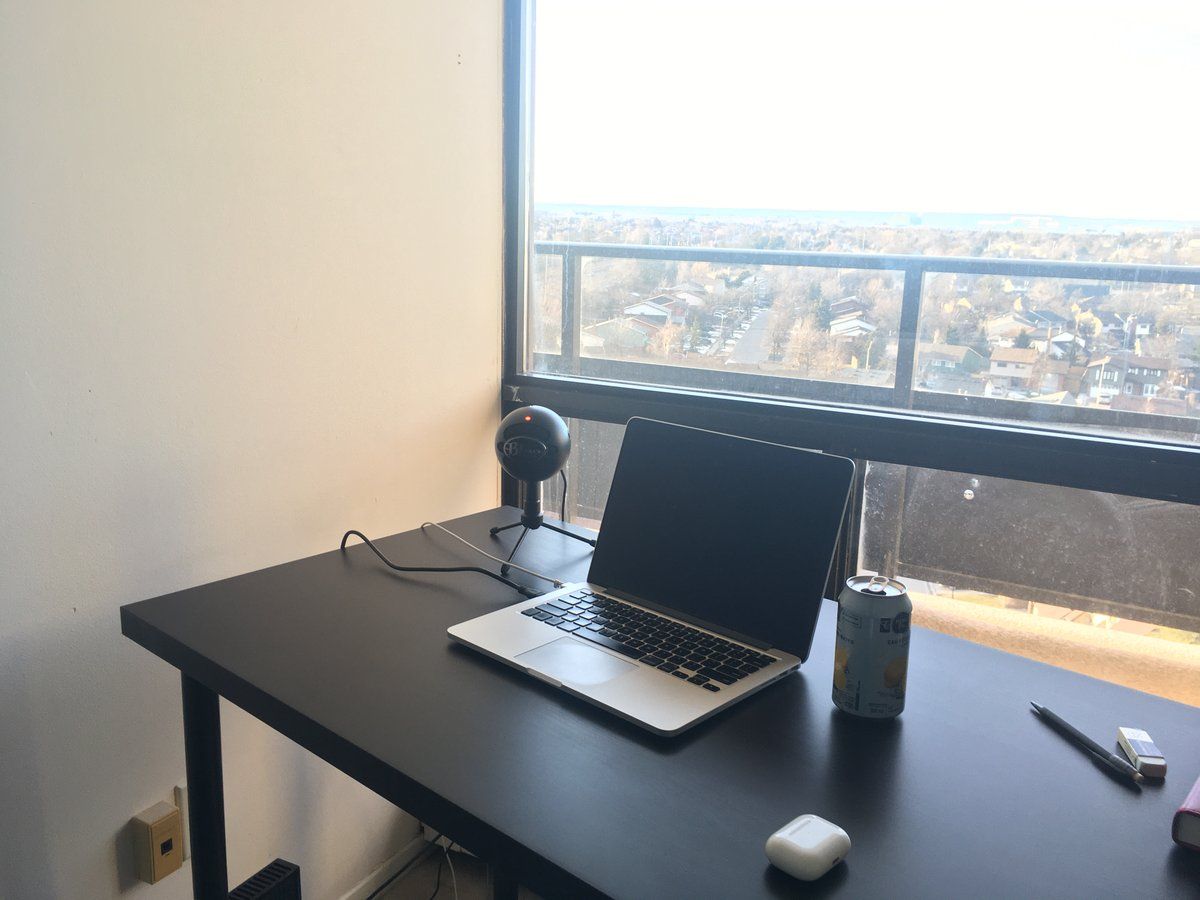 I have an Ikea table and the Markus chair.

I have a pair of AirPod Pros that I leave on all the time. I recently got a new Logitech c920 webcam and a Snowball Ice mic, to not look and sound terrible on Zoom.

These days it’s all from home. But before the pandemic, it used to be from other workspaces, so I preferred having a lighter setup.

Daytime or nighttime? I have a couple of sessions throughout the day. I try to focus on the harder stuff during the day but somehow it always bleeds into the night.

Tea or coffee? I don’t usually drink tea or coffee while I work. But lately I’ve gotten on a sparkling water habit.

These days sadly not very much. I’ve picked up running. I started running for the first time when the pandemic started. I’m trying to run a 5k in under 20mins. I’m getting close, I’m running it at a little under 21mins. But I’m in Toronto and the winters have spoiled what work I can do!

Seed is a deployment system for serverless. It was featured as an “Interesting Tool” in the Console newsletter on 21 Jan 2021. This interview was conducted on 5 Mar 2021.