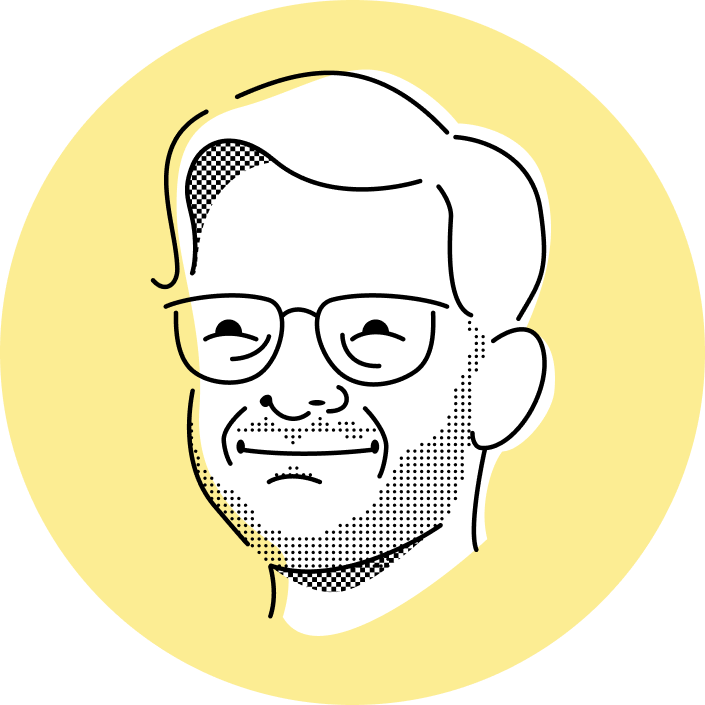 What is Snaplet? Why did you build it?

Snaplet gives developers safe access to data in a production database. We give them the tools to snapshot their database in their own infrastructure, transform the data, and to remove private information in their development workflow.

A few years ago, I was working for a startup called Chatterbug, iIit was started by the co-founders of GitHub, where you could schedule live language lessons, and there was a bug in production. It was a scheduling bug, which had to do with date and time and time zones, which are notoriously difficult to reason about, and I just couldn’t figure it out.

I needed access to accurate data. I was one of the early engineers, and it was a startup, so I was able to connect directly to the database. Generally, you don’t want to do that because you could potentially delete everything, and cause a major outage. But I did, and I could see the data, but what I really wanted to do was see how the data was flowing through the code on my development machine, so I could introspect and understand it by logging things out, adding debugger statements, and stuff like that.

We were a globally distributed team, so I had to wait for a devops person to wake up, then I interrupted the start of their day to kick off a snapshot of the database. It was a 50 GB dump, so they had to upload it to S3, and then I had to get keys to grab it down. It was just a terrible experience. As a senior engineer, well into my career, I was struggling to do my job, because I just didn’t have access to the data that would help me figure things out. Things were on fire, and I couldn’t do anything about it!

Us developers have to pretend that we know what’s going on, like we’re coding blind, and I kept thinking that if there were someone else on my team, a junior or even a mid-level engineer, what would they do in that scenario? They would be completely stuck. None of what I was doing that day felt like it was my job, which was really to write code, to understand the business, and to help them succeed.

I want Snaplet to reduce anxiety for developers, and help keep them in flow by giving them access to production accurate data. I’ve heard dev-tools companies say, “we’re building tools that focus on developer experience.” But, what does that mean? What is the daily experience for a developer? In my career, it’s been this ability to get into flow. To be frustrated by trying to solve a problem for several hours, and then the euphoria of finally figuring it out.

I’m no longer a developer. I still code, but I’m a founder, so my number one responsibility is to make sure that the people who do write code on my team are empowered to do their job, so that they know what they need to be doing. If they’re stuck, I can help them. I spend a lot of time in Discord, looking at chat ops to see if everything’s running well, and making sure that members of the team understand what they need to build. Basically, getting everyone on the same page. It’s so varied. I don’t get to flow anymore at all.

What is the team structure around Snaplet?

We’ll be a team of nine by May. We’re a flat structure. Five of those are developers. All of different backgrounds and experiences. I would say we’re all generalists. We have Rubyists, people that have been doing Kotlin and mobile development for several years, and TypeScript developers. Some of us are self taught and some of us have CS backgrounds.

I wanted the team to reflect the industry, so I picked generalists from any kind of background, just so long as they were really into solving problems. That’s what we’re doing at Snaplet, we’re solving problems for developers, and I want to steal ideas from different development groups and share them with everyone.

I lied my way into software development. I had a misguided youth, in that I thought I could impress my friends by building websites. They didn’t care about websites, because it was the early 2000s, and it just wasn’t interesting to the general public.

Soon enough I was hooked on that endorphin rush of figuring things out, figuring out how to use a computer to make it do what I want.

I kept trying to build elaborate things, and eventually someone asked me if I could code, and even though I was 16 year old, still in high school with no formal training, I just trusted that I could figure things out. They offered me a part-time job whilst I was completing high school. Since then, I’ve used this, “I don’t know how, but I’ll keep trying to figure it out” mentality to achieve things. There’s no growth without pain.

I started out with PHP, I think that was the soup of the day, and very accessible. It was very easy to get code running on a server, just FTP something into a machine, reference that piece of code on a URL, and it just worked!

I did PHP for a long time. I actually became a Zend Certified Engineer, which was a waste of time, but it felt like I was validated through certification! Next, I learned Python and Django and I enjoyed that framework. When mobile “feature phones” started coming out and I actually did some J2ME, which really sucked, because the platform was so fragmented and impossible to reason about. When the iPhone came out I did iOS development for a number of years, Objective-C for maybe eight or so years, until Swift came out, and I decided that I didn’t want to write apps in a closed ecosystem anymore" and quickly jumped onto React and JavaScript, where I ended up building a framework called RedwoodJS with Tom Preston-Werner.

What is the tech stack for Snaplet?

Snaplet is TypeScript and it is built in RedwoodJS, although it’s mutated so much that you wouldn’t be able to recognize much of RedwoodJS inside of it anymore. Everything is TypeScript, with Postgres as the database, and Prisma as the ORM.

To communicate from server to client, we use something called tRPC, which is a typed RPC client. It has nice ergonomics when you’re trying to figure things out. We use Jest and a tool called Wallaby, where you can visually see your tests in your editor, which is amazing.

What has been the most interesting development challenge you’ve faced building Snaplet?

Right now, one of the most interesting challenges that we’re facing is we’re building this product called Snaplet Proxy. It sits in between your database client and your database, and it introspects all the traffic that goes through this proxy. We pull apart the wire protocol and see what you’re doing. We introspect your database and we merge the intentions of the SQL statements and the structure of your database to determine how we should modify your database in real-time.

We have some ambitious ideas for this. It’s currently read-only, but we have ambitious ideas where we will compute the writes that you’re doing against the database. We’ll mutate them in memory, and we’ll keep them in memory, and then we’ll merge this along with responses. You could have a read-only connection to your database and we would pretend that you’re writing to it, so you can run “real” tests.

We can also support creating fake values, so you don’t see any real production values. You could imagine in staging, or in an end-to-end test, that you’re obviously not mutating the structure, but you’re mutating the data in a pretend way, and it will give you realistic enough results that you could be happy with your end-to-end tests or even when you’re coding.

I’ve never done very low-level network programming. It’s interesting to get into that mind space, but once you get there, it’s still not technically very difficult, it’s just different.

Are there any interesting tools or projects that you’ve been playing around with?

I’m really enjoying the Firecracker VM. It’s interesting to me that you can suspend a machine, keep the state in the disk, and then resume it in an instant. It feels like a superpower that everyone should have access to. You can run thousands of VMs on a single machine. It seems like such a wonderful, powerful tool and they’re isolated and completely protected.

Snaplet wants to provide developers with databases. Maybe there’s an opportunity for us to provide VM databases that start up in an instant and shut down in an instant that you can have to run tests against, or run staging against, or even code against, without having to incur the cost of having a machine on all the time in the cloud somewhere.

Tell me about your hardware setup

Nothing fancy, just a MacBook Pro. The 14 inch is fantastic. It’s just got 16GB of memory. I use it with a Dell 27 inch 4K monitor, an Apple keyboard with a fingerprint reader, which is amazing, and a Logitech gaming mouse from several, several years ago.

What about your desk setup?

I’ve got a standing desk and a Steelcase Series 2 chair. Before this, I had my grandfather’s chair from a restaurant he had in the 80s. It’s an amazing chair and it’s one of my favorite things. 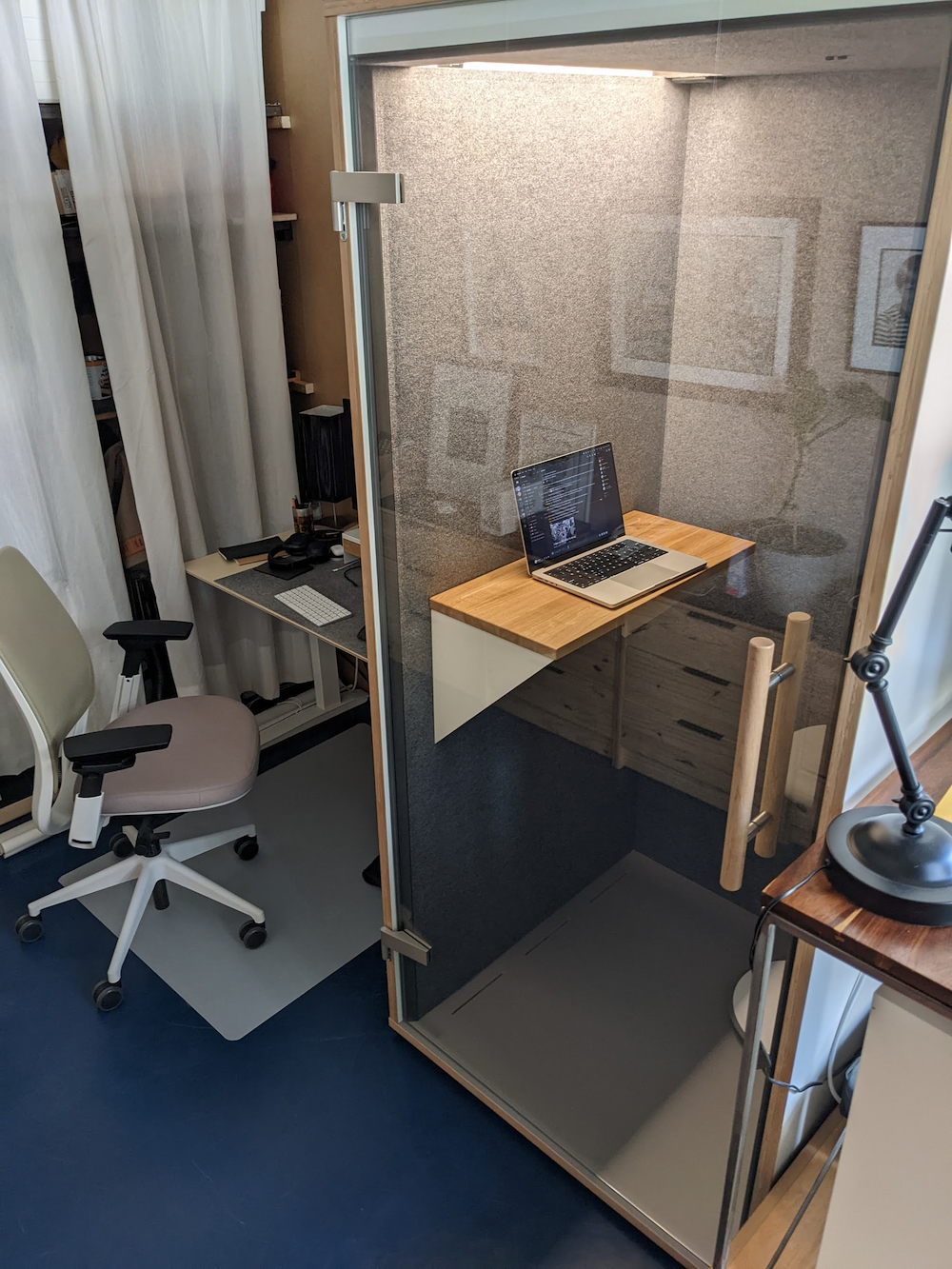 Daytime or nighttime? Early morning or really late at night.

Tea or coffee? Both. I start the morning with a cup of tea, black tea with milk, and during the day just coffee.

I cycle a lot. A couple of years ago, I entered a race called the Desert Dash, which is a 400 kilometer race over the desert. I trained in Germany, which was great, because Germany is one of the flattest places. I got to the desert and it was the most hilly place I’ve ever been to. It’s all dunes, so you’re riding on a hilly dirt road for cars. I didn’t finish the race, but it was excellent. I really enjoy cycling and I enjoy nature.

Snaplet is a tool to help developers safely create database snapshots. It was featured as an “Interesting Tool” in the Console newsletter on 7 Jul 2022. This interview was conducted on 2 May 2022.