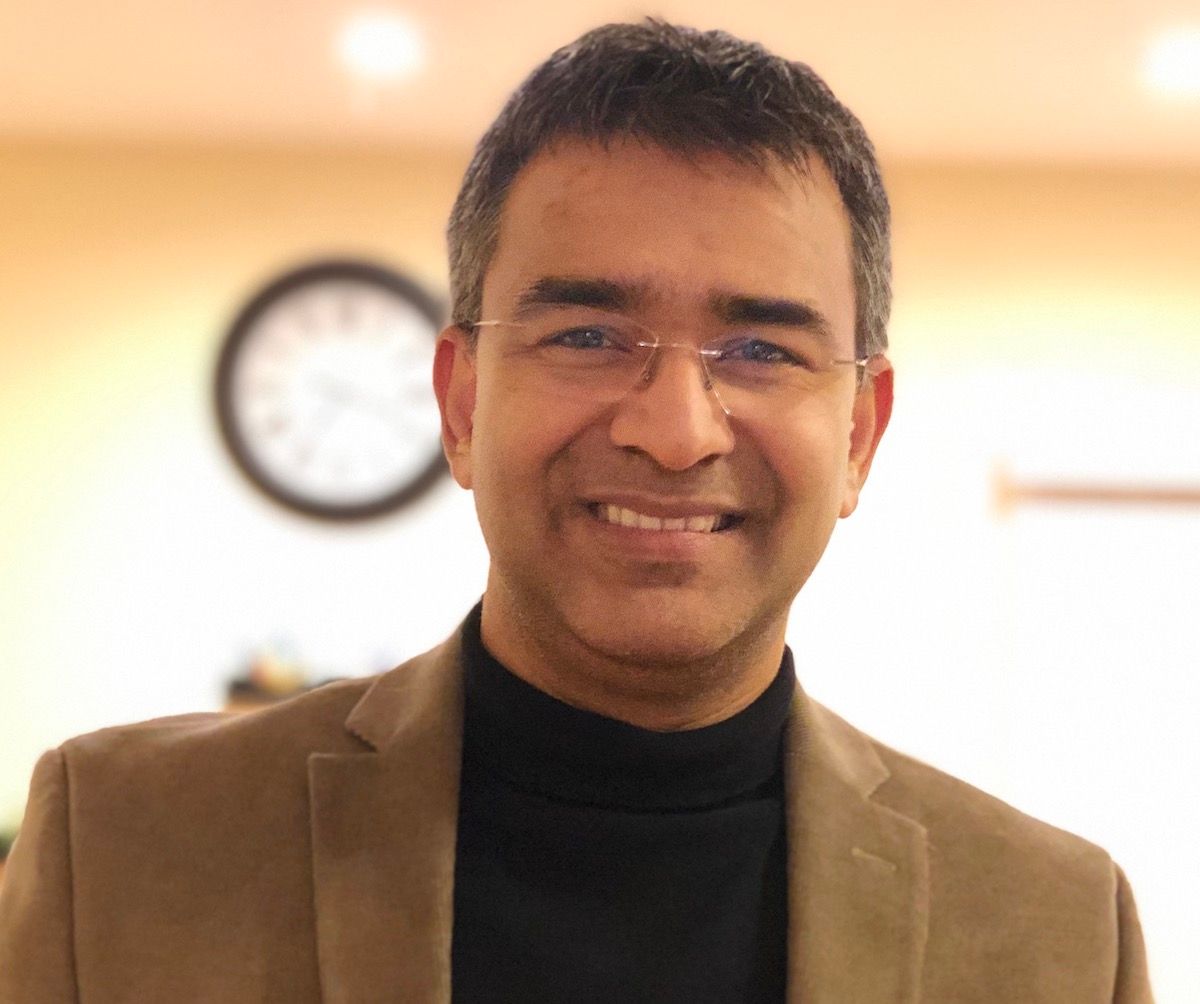 What is Signadot and why did you build it?

A key concept that we are focusing on here is that of multi-tenancy, because you’re spinning up so many of these environments, you need to make sure that they’re safe to enable concurrent testing on the same cluster. We enable multi-tenancy at the application layer. Instead of using the traditional model of duplicating everything at the infrastructure layer where you may be duplicating everything, we actually allow you to share the same underlying infrastructure, but we isolate at the request level. We have a way to dynamically route requests within these environments such that every test tenant can have a unique path that their requests flow through in the cluster. This allows them to achieve the testing set up that they actually intended to, which is, “I want to be able to test a few microservices that I’m changing at a given time, but use the remaining set of microservices that are not changing”.

Before this, I used to work for this company called AppDynamics which was acquired by Cisco. My team built the next generation backend for AppDynamics - we had to ingest terabytes of data every day, so it was a real time streaming solution. We built everything using cloud-native stack, microservices and everything. However, as the stack got increasingly complex, my team was always struggling to get test environments where they could have high confidence that their changes would work. It became very difficult to spin up things locally. It just was too diverse a stack and too complex to do things locally so they increasingly started to rely on the pre-production environment, which we call staging. That’s where the majority of the testing would happen.

So developers either depend on staging and waste a lot of time or do some kind of mock up testing earlier on, which is fast, but it’s not high-fidelity and doesn’t simulate what they would see in production. That was the challenge, we wanted to give developers a much better way where they can do high-fidelity testing, but in virtualized environments, which are quick and very cheap to spin up. This completely changes the workflow. Now you can actually test much, much earlier, even before you merge code, but you’re testing in a real environment, because Sandboxes are created in an existing pre-production staging cluster.

As a CEO of Signadot, I spend a lot of time thinking about the bigger picture, the strategy of the company, and making sure that engineering, product, sales and marketing all align with that strategy. All that takes quite a bit of effort and focus to make sure that I separate that strategic thinking with the more operational sort of work that I need to do; a good chunk of my time is around that alignment. We recently started to use OKRs to actually set up these goals for the company.

On a day to day basis, my work depends quite a bit on the need of the hour, but usually I reserve the mornings, when I’m most productive, for strategic thinking. I do most of my meetings and other mundane work in the afternoon, I reserve it for after lunch.

What is the team structure around Signadot?

My co-founder, Anirudh, he’s the CTO of the company, he handles engineering and product. He was previously a part of the Kubernetes team at Google and he’s very well versed in this domain. And then we have David who heads marketing, he’s a one man team right now, but we’ll hopefully expand that down the line. I own sales.

In the rest of the team, we have about five engineers who are really skilled in distributed systems, they’re all Golang programmers and we are hiring three more backend engineers as we speak, so we’ll be a team of probably eight engineers by the end of the year.

I did my undergrad in mechanical engineering from IIT Kharagpur in India, but I was pretty interested in computers and computer science. So I took a few electives on algorithms and data structures, and I found that fascinating. Then I picked up my first programming book, Programming in C by Brian Cunningham and Dennis Richie. And I’ve been programming ever since. My first computer was a 486 back in the early nineties, it was the first computer that I had access to.

I started programming with C, then I did C++, then I got into Java - that was the enterprise language of the day back then. And then slowly now it’s evolved to more Golang. I’m not dabbling much with the front end side. It’s always been mostly on the back end side and more systems level programming.

What is the most interesting development challenge you’ve faced working on Signadot?

The challenges that we face are mostly around scaling and reliability, because we work with companies that have hundreds of microservices, and Signadot is integrated into their core development workflow. If Signadot doesn’t work, our customers can’t ship to production. So we spend a lot of time making sure that our solution scales in the presence of hundreds of services, complex infrastructure and cloud resources. And also in terms of reliability, we need to make sure that there are very few bugs in the core product. Since our multi-tenancy is based on traffic labelling and routing, we also integrate with Service mesh and other tools like OpenTelemetry; making it all work together was the most interesting and challenging part of the development process.

What is the most interesting tech thing are you playing around with at the moment?

One thing that we are pretty excited about is the plugin framework that we developed. As part of this sandbox offering, we heard from our customers that they want the ability to include stateful resources within the scope of a sandbox. For example, a cloud resource, like an RDS instance or a message queue or some resource that is more stateful and gives them data segregation. So we have actually published a very unique open source framework called the resource plugin framework, which allows developers and DevOps folks to introduce plugins that actually cater to these resources. This allows you to write a plugin that includes an ephemeral resource.

For example, a database schema - it doesn’t have to be an entire database instance, but from a testing perspective, all I need is a separate schema within an instance that I can use for my tests where I can actually load data and have that data isolation. We make it very easy for somebody to write these plugins and be able to include arbitrary logical resources. These could be, for example, a topic in a message queue. It doesn’t have to be a whole message queue instance. It can be just a topic that is isolated for this sandbox and now I can leverage these ephemeral resources as part of my testing flow, where I can get data segregation in the sandboxes. That’s something that we are pretty excited about.

I’m on a MacBook M1 Pro 14 inch, I really love the M1 MacBooks - they’re so quiet and amazing for productivity. I have a 32 inch 4K display, I really like to have these large displays where I can have multiple windows at the same time. I have an Apple keyboard, a basic Logitech mouse, and my phone is an iPhone 12.

I just recently got a standing desk that can alternate between sitting and standing postures. I love it so far, it gives me a different feel when you’re standing and doing meetings and demos and stuff like that. And I recently invested in a drawing pad, I believe it is called XPPen, because we often discuss architectural diagrams and product architecture and things like that. It becomes very easy for me to write with a pen rather than with a mouse. 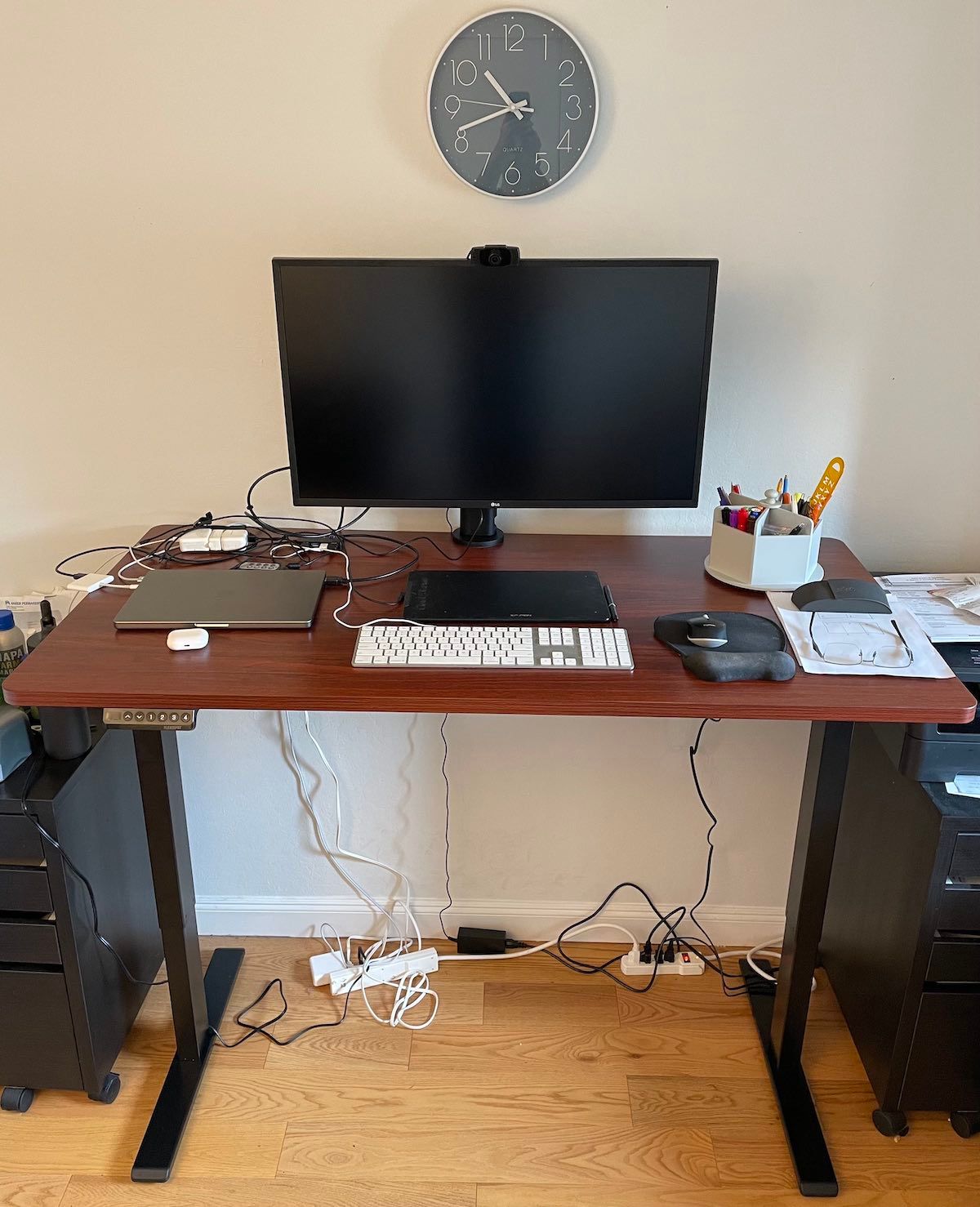 Tea or coffee? I’ve given up on both of them.

I’m a big tennis fan, but I haven’t been playing as often as I would like to. That’s been a big passion of mine. And other than that, we just do family movie nights, we do camping, we go out to the ski resort in winter where I do snowboarding and my kids do skiing.

Signadot is a tool to create ephemeral test environments. It was featured as an “Interesting Tool” in the Console newsletter on 20 Oct 2022. This interview was conducted on 7 Oct 2022.